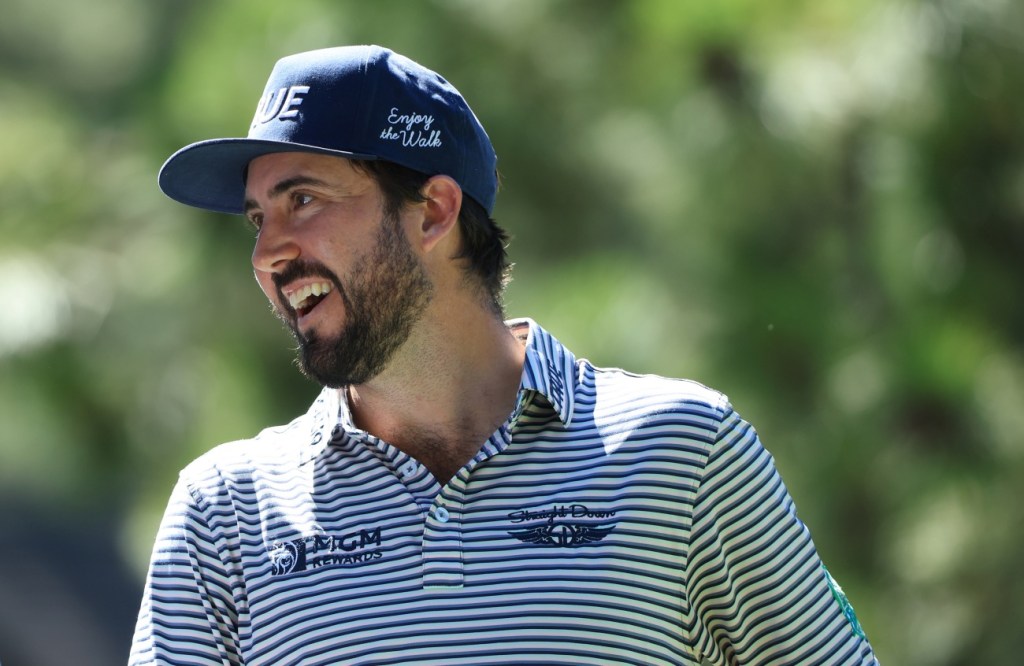 The first round of the PGA Tour’s Rocket Mortgage Classic at Detroit Golf Club kicked off early Thursday morning. Last week’s champ Tony Finau jumped out to an early lead of -6 through 13 holes. Other big names in the field include Cam Davis, Cameron Champ, Si Wook Kim, Will Zalatoris, Cameron Young, Max Homa, and the list goes on.

One of the players in the field this week who is in the mix early on is Mark Hubbard. He’s ranked 178th in the world and currently 81st in the FedEx Cup Standings. The 33-year-old from Denver only has two top-10 finishes this season but it’s been good enough for $1,163,941 in earnings. This morning, however, Mark Hubbard is the talk of the golf world after a hole-in-one reminiscent of another from Robert MacIntyre recently.

Mark Hubbard just drilled a hole-in-one on the par-3 14th hole at Detroit Country Club. The shot had a nice little wrap around the cup before falling in. But what makes the shot so spectacular is how he immediately drops the club in anger, mistakenly thinking he’d hit it fat and the ball was going to come up short. This is a VERY relatable reaction for average golfers myself who occasionally get lucky…

This Mark Hubbard Hole-In-One Is Nothing Short Of Spectacular

If I’m ever fortunate enough to hit a hole-in-one I have a feeling it will be a lot like this. I’ll have chunked the shot or blasted it way too high in the air and not expecting the ball to get anywhere near the hole.

Mark Hubbard’s spectacular hole-in-one took him to -3 through 14 holes which is good enough for t16 early on the leaderboard with LOTS of golfers yet to tee off in the afternoon.

Amazing that someone could remember the name ‘Switch’ from The Matrix on the fly and not just ‘short-haired blone person’.

I want my first one to happen like this ⛳️

The dude hit an unintentional hole-in-one. He thought it was a bad shot. He should’ve been forced to hit another one…

If anyone is wondering what the difference is between pro golf and good golf at your country club, I just hit a shot with Lil John in the background singing and I quote “up in the bath tub rub-a-dub-dubbin”

Every airline pilot: We’ve reached our cruising altitude! There’s no point to this announcement I’m just insecure and desperate for ur approval! As u exit, I’ll be waiting for ur praise! Now that I’ve woken ur sleeping kids sit back relax and enjoy ur 3hr flight to hell!

What are the rules on the PGA Tour when a golfer like Mark Hubbard hits a hole-in-one? Does he have to buy drinks for anyone who’s drinking the clubhouse, golfers and caddies and agents and families and sponsors? Or do they just sneak out of there without buying drinks? And when the hole-in-one is at a private course like Detroit Country Club are the PGA pros eligible for the club’s hole-in-one prize pools? I’d think not but it would be awesome if they were.

It would’ve been remarkable if that ball rattled the cup and then popped out. That would’ve almost been poetic given his reaction of thinking it was a horrendous shot.