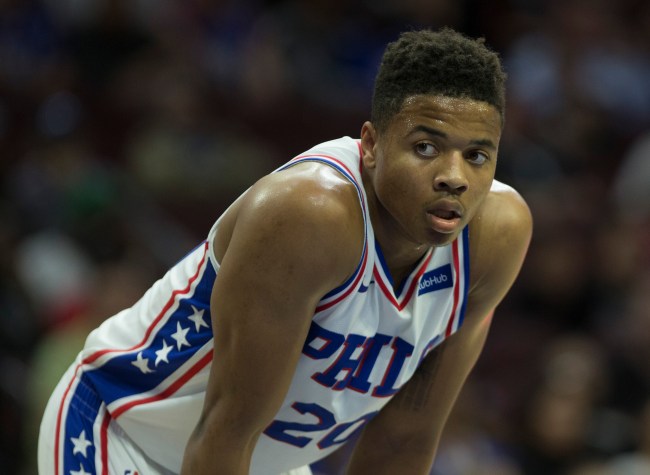 The number one overall pick in this year’s NBA Draft shoots free throws like my mother. Or that boner they pluck out of the crowd to shoot for a million bucks at college games. Fultz has been dealing with soreness in his right shoulder, but the 19-year-old’s free throw history hasn’t been stellar. Fultz shot 65 percent from the line in his one season at Washington, shooting a dismal 40% from the charity stripe through two preseason games, and when you combine that with the rookie shooting just 29% from the field, this form starts to look like a cause for concern for Philly fans.

Small sample size, but Markelle Fultz is shooting just 29.2% from the floor and 40% on FT’s this preseason.

More concerning is his form: pic.twitter.com/FzZSTsRZhh

Yes, it’s literally two games into preseason basketball and the sample size is too narrow to make any substantial predictions, but not the mechanics you want to see from a guy you traded your third overall pick and a future first-rounder to acquire.

He may want to revert back to his college ways.

Here was Fultz’ form last year, which, I mean, there’s a hitch, but it’s not a sandbox of nightmares like the new one. pic.twitter.com/IuzTXWgH5e