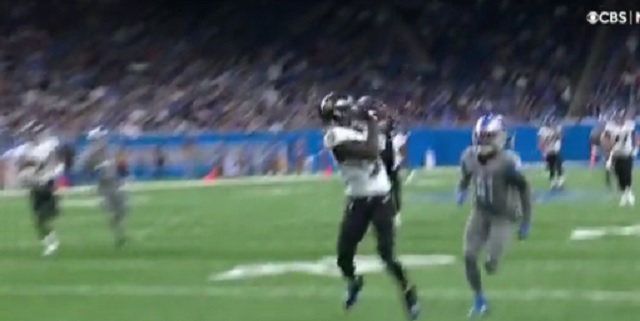 Ravens wide receiver Marquise “Hollywood” Brown is having a rough day at the office.

During the Ravens game against the Lions on Sunday, Brown dropped three potential touchdown passes from Lamar Jackson in the game.

Is Marquise Brown okay? The first pass MAY have been slightly deflected. The Ravens lead could be much bigger than 10-0 at halftime. pic.twitter.com/o08qpfyW9d

One of the throws Brown dropped he was wide open and should have been an easy touchdown catch.

Ravens fans were clearly not happy with Hollywood Brown.

Hollywood Brown, and the Hollywood is short for “drops every pass that hits his hands”

Hollywood Brown has been downgraded to Ocala Brown