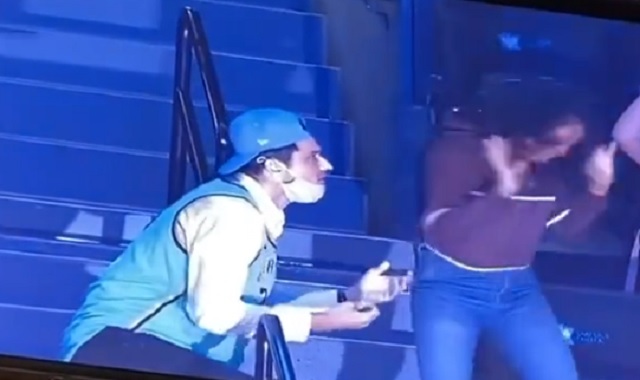 Proposing at a basketball game is not a good idea and unfortunately, one dude found out the hard way.

During Friday night’s New York Liberty- Washington Mystics, a fan was seen getting on one knee asking his girlfriend to be his fiance. The woman in the video could be seen rejecting him before running away.

Apparently, Mans proposed to his “GF” at the Liberty Mystics and she said no.

Good for you girl. pic.twitter.com/WfdUkYC0H9

Nic Claxton had a grand view of the rejected proposal pic.twitter.com/qEp2kLIndg

Apparently, the Liberty helped the man set up the proposal beforehand.

Liberty team helped plan out the proposal, after the couple (the guy) reached out. https://t.co/i2S1EPbnOk