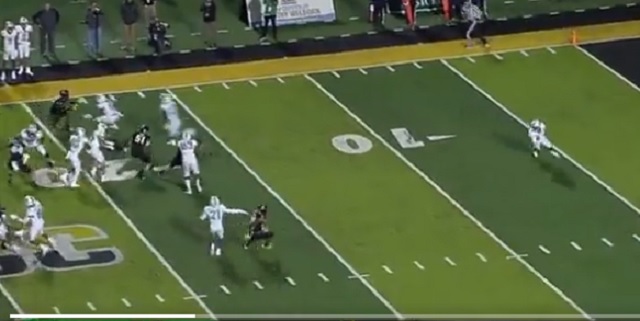 Marshall busted out one of the best trick plays of the season during their game on Thursday against App State.

In the second quarter of the game, Marshall busted out a perfectly executed fake reverse on a kickoff that not only fooled App State but also confused ESPN’s cameraman.

OH MY GOD! MARSHALL WITH A FAKE KICKOFF REVERSE! RASHEEN ALI TAKES IT 98 YARDS TO THE HOUSE!!

Even the cameraman was faked out!! pic.twitter.com/YAIc9bPYGH

Rasheen Ali was the one who faked the handoff and went on to run the ball for 97 yards on the TD.