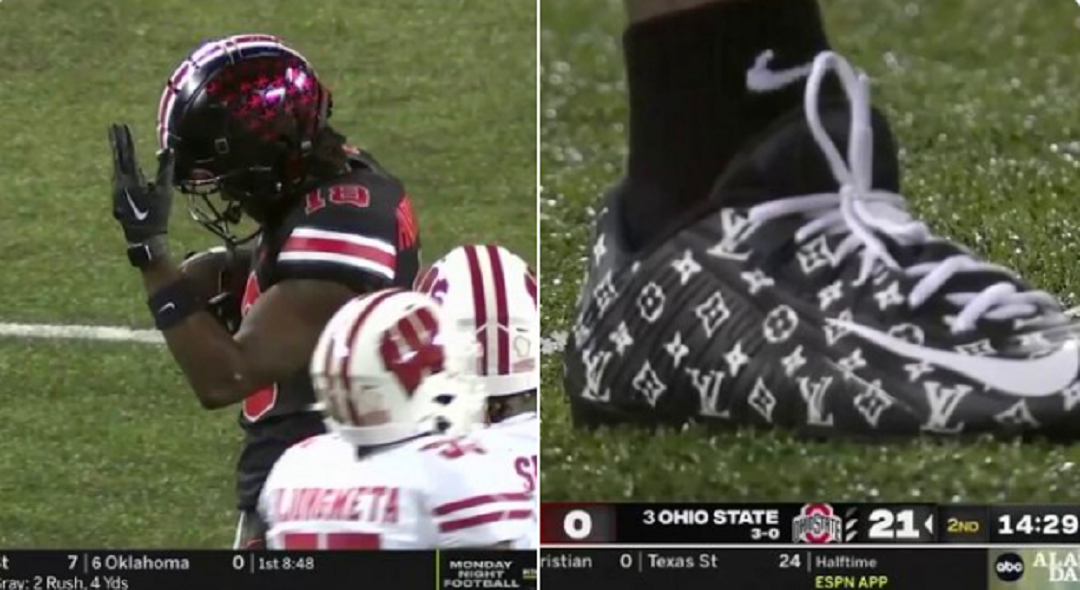 Ohio State wide receiver Marvin Harrison Jr. made sure to show off some style in the team’s nationally televised prime-time game against Wisconsin on Saturday night.

In the middle of the game, ESPN’s Kirk Herbstreit noticed Harrison was wearing an Apple watch while playing in the game.

Not only was Harrison Jr wearing an Apple watch, but he was also sporting some sick Louis Vuitton cleats.

Marv with the LV cleats pic.twitter.com/zymRHeJfjr

I was born to early, @OhioStateFB wearing watches , @LouisVuitton cleats and throwing the football 😎