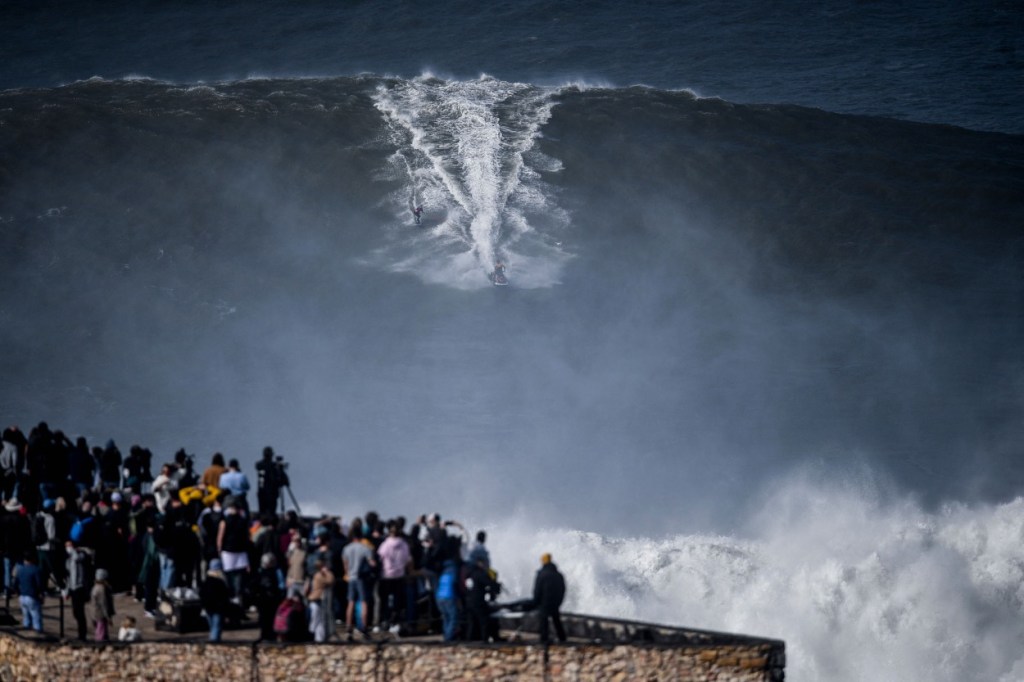 Within the world of Big Wave Surfing, Mason Barnes isn’t a superstar but this week he’s one of the most talked about surfers in the industry. This comes after footage spread of Mason Barnes riding a wave in Nazaré, Portugal that was estimated to be 100-feet or more. Measuring waves is difficult for a ton of different reasons but the surfing community is pretty confident this is a bonafide 100-footer.

Big Wave Surfing is one of the most extreme sports on the planet. These surfers throw caution to the wind and block every warning signal being transmitted from their brains and charge waves the size of skyscrapers that could knock them unconscious in an instant if something went wrong.

I’ve personally had a conversation with a Big Wave surfer who was knocked unconscious and now gives motivational talks on coming back from the brink of death and quitting surfing never once crossed his mind despite nearly dying. It takes a special type of person to commit to a sport like that.

Here is some additional drone footage of that ‘Freaky Friday’ swell at Nazaré, Portugal where Mason Barnes rode the 100-foot wave.

What’s the story behind Nazaré, Portugal and surfing?

When the conditions are right, Nazaré’s canyon creates the best big wave surfing conditions found anywhere on the planet. And what’s even more wild is it happens so close to the shoreline that spectators can stand on land and watch these surfers ride the biggest waves ever surfed.

I also feel the need to mention that the photograph at the beginning of this article shows a surfer being towed by a jet ski in a wave at Praia do Norte in Nazare, Portugal. But that was back on February 25 and that surfer is not Mason Barnes, it’s just the best available photograph I was able to find from Nazare.