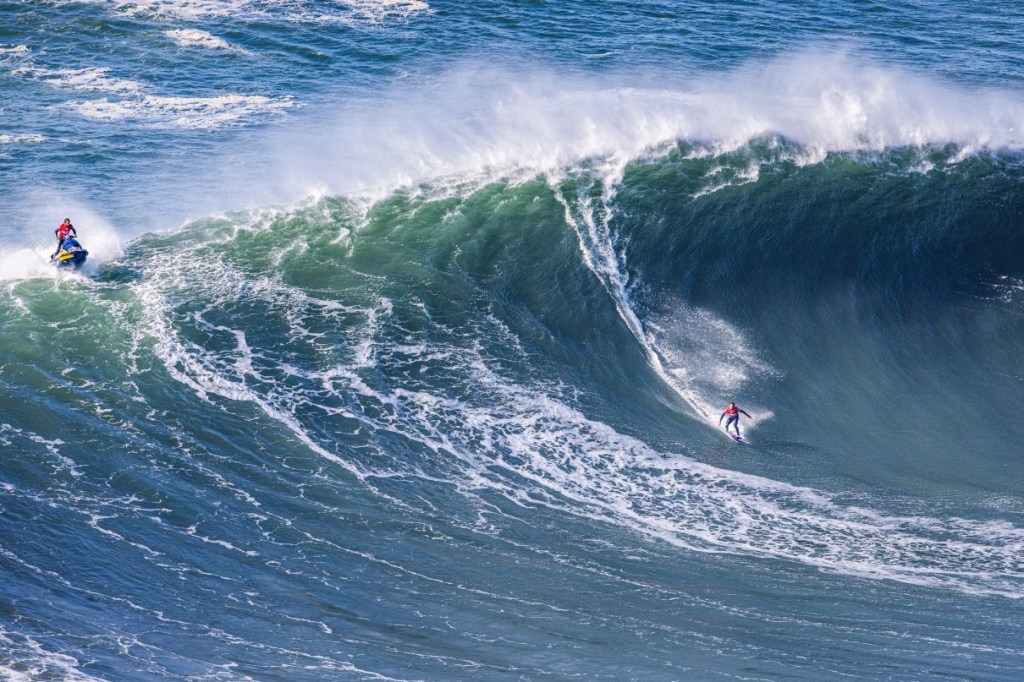 The 2021 Nazare Tow Surfing Challenge took place over the weekend in the tiny fishing village of Nazaré, Portugal which has become the epicenter of big wave surfing on the planet.

When the conditions are right, Nazaré’s canyon creates the best big wave surfing conditions found anywhere on the planet. And what’s even more wild is it happens so close to the shoreline that spectators can stand on land and watch these surfers ride the biggest waves ever surfed.

This is actually a team competition where the surfers and jet ski drivers are working in tandem so there isn’t one single outright winner. And this year’s competition had some truly massive waves which led to glorious rides and terrifying wipeouts.

This was a wild moment with the JetSkis…

The heat champions were Lucas Chianca (Brazil), Rodrigo Koxa (Brazil), and Nic von Rupp (Portugal). If you have the drive and time to watch a full replay of the event you can stream it on the WSL YouTube channel but the video is close to seven hours long.

Nazaré, Portugal has hosted some of the sickest rides in surfing history. Kai Lenny rode this 70-foot beast of a wave which won him the XXL Biggest Wave of the Year award that year. This event also produces some of the most brutal wipeouts recorded on video because the waves are so punishing. Here’s a supercut of the biggest wipeouts.