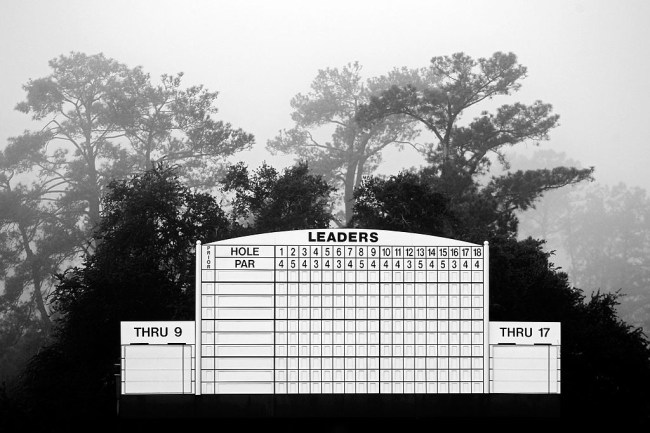 March is finally behind us, we made it through the longest month in the history of mankind, but now we find ourselves in April. Usually the first of April means great things are ahead and nothing is greater than Masters week.

With everyone stuck inside, staring at walls, definitely drinking way too much and calling it a great day if you put on pants, you may have forgotten that the Masters was supposed to start in exactly seven days. After all, March 13, the day the Masters was officially postponed, seems like eight months ago so if you forgot about the fact that the greatest week in sports isn’t going to happen this month with everything going on in the world, that’s totally understandable.

Lucky for us all, a man by the name of John Houston has created the most unfriendly reminder possible. If you weren’t already in the worst mood and the most sports depressed state you’ve ever been in, well, get ready because this video featuring a dark, sad version of the Masters theme song will certainly take you to a dark place.

Look, John, I’ll tip my cap to you for the creative idea here, BUT WHAT THE HELL DUDE?

As a person that has had a countless number of dreams that have taken place at Augusta National in their life, as a person that may or may not listen to the actual version of this song at random points of the year just to get the blood flowing, I think you should take this video down immediately, John.