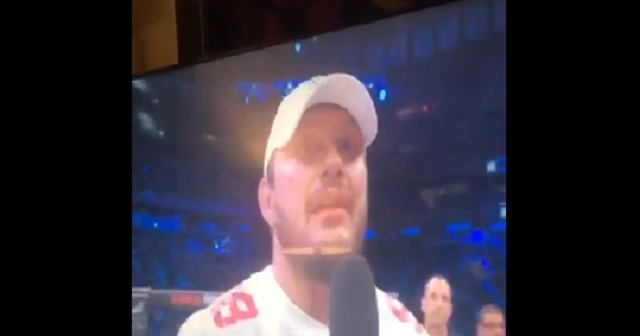 UFC veteran Matt Mitrione was feeling himself tonight after beating legendary MMA fighter Fedor Emilianenko at Bellator 180. After the fight was over, Mitrione had a special message for the Golden State Warriors for wanting to boycott President Trump during this year’s customary visit to the White House by the NBA Champions.

When you beat the GOAT you can say whatever you want.