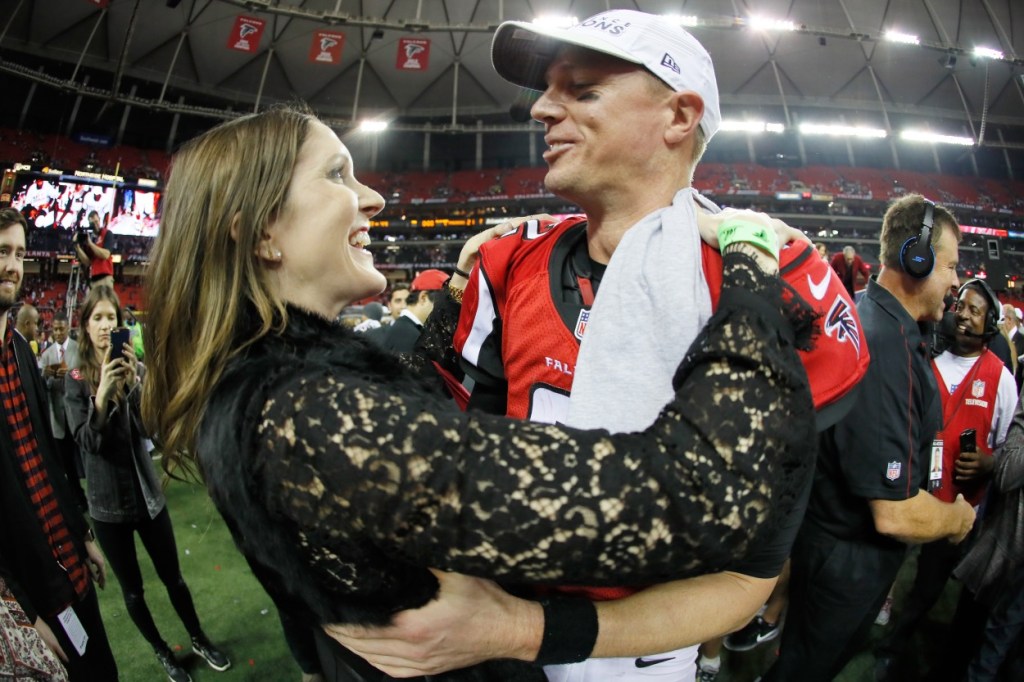 I did NOT expect the Atlanta Falcons to trade their franchise quarterback Matt Ryan for a 3rd Round NFL Draft pick. I’m a lifelong Tampa Bay Buccaneers fan and have watched much of Matt’s career over the past 15 years with the Falcons and to see it end like this, with an NFL-record dead cap hit of $40.525 million and a 3rd round pick is surreal.

Football aside, Sarah and Matt’s life has been in Atlanta. They got married in 2011, just three years after Matt was drafted by the Atlanta Falcons and they’ve raised their family in ATL. It’s where they were living when they vacationed with Leonardo DiCaprio and Matt Stafford and things got weird at the beach. This trade will be a seismic shift in their lives outside of the football field.

But the future is now. Matt Ryan is the new Indianapolis Colts quarterback following a strange trend that’s eerily reminiscent of the Cleveland Browns’ organization. And Matt’s wife Sarah Ryan took to Twitter to share her bittersweet excitement for the couple’s next chapter.

I’m not crying, you’re crying. Forever thankful for this team, fan base and city! https://t.co/pbtEtkYY1T

Pretty standard stuff there. Thanking the family you’ve been with for the past 15 years and expressing excitement for the next team. But Matt Ryan’s wife Sarah also took the time to interact with people who have touched their lives over the years.

PSA: Matt Ryan’s wife’s maiden name is Sarah Marshall, just like the movie. A lot of people forget this. We should talk about this more. Forgetting Sarah Marshall is one of the best 2000s movies and it’s not even up for debate.

Thanks for all the support!!

Thanks so much, Brett. Can’t put into words how thankful we are for our time here. A special place with so many special ppl!

Here is Matt Ryan’s wife Sarah responding to kicker Matt Bryant’s wife Melissa. For what it’s worth, I’ve always thought kicker Matt Bryant was more deserving of the nickname ‘Matty Ice’ than Matt Ryan, especially after he kicked a 62-yard field goal (with the Bucs) to beat the Eagles as time expired.

The best memories! Love you guys!!

Matt Ryan is 36-years-old. He’s by no means washed despite getting up there in age. It has been four full seasons since Matt’s last winning season (10-6 in 2017) which could be a red flag but ‘Wins’ aren’t a quarterback stat and Matt Ryan can’t be blamed for that.

Indy fans, how are you feeling after the trade? Are you excited for the arrival of the Ryan family? Let us/me know on Twitter!