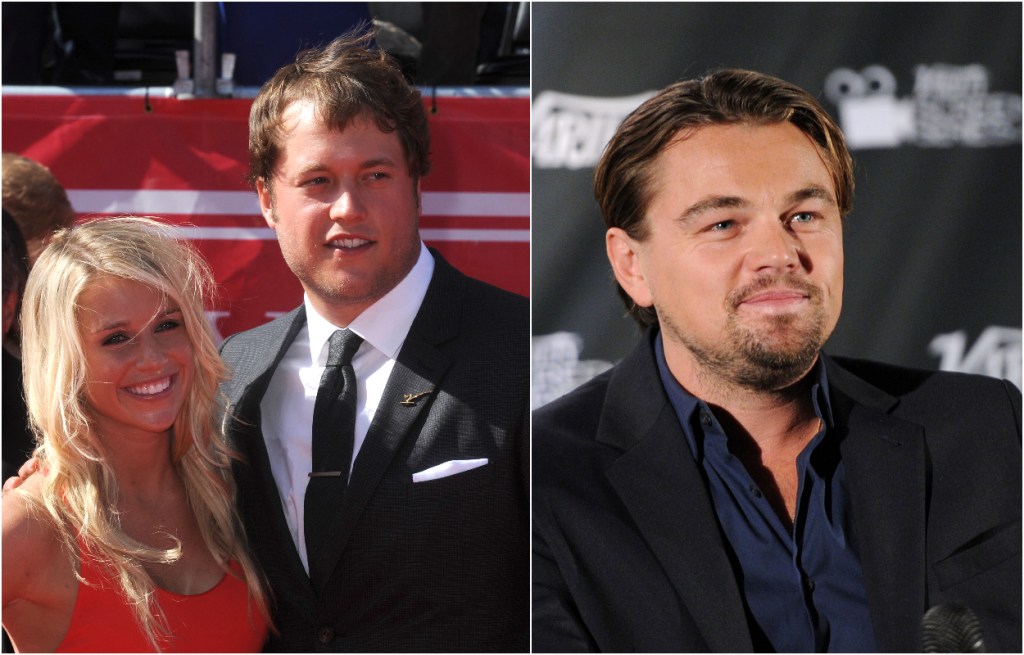 Matthew Stafford’s wife Kelly Stafford just shared a vacation story of them meeting Leonardo DiCaprio in The Bahamas and it exceeded all of my expectations. My first thought was ‘this is going to be a sensationalized nothing burger but it turned out to be a story similar to Prince beating Charlie Murphy in basketball before making him pancakes at the mansion.

Kelly Stafford shared the story on her The Morning After with Kelly Stafford podcast. She starts by telling the story of how her and Matt were on vacation with fellow NFL quarterback Matt Ryan and his wife Sara, the couples are extremely close friends.

The night started out pretty boring. They went to dinner and got sat at an empty table. She said “we are in the Bahamas, at this place called Baker’s Bay, the Ryans and us, and again, they’re good friends of ours, we love them to death.”

Kelly Stafford continued “we go to the owner of this place’s house, cause he’s having a dinner, he’s hiring this new chef. We sit down and there’s four seats next to us that are completely empty. And we’re like, ‘Okay, we got sat at the loser’s table, it’s just us four, whatever.’” Aaaaaand then Leo showed up with Nina Agdal who was on the cover of the 50th anniversary of the Sports Illustrated Swimsuit Issue.

There’s a video below but it doesn’t include all of the hyper-competitive portions from Leo where he kept challenging professional athletes to sports. The video is about Leo licking another man’s wife on a dare.

Kelly Stafford went on with the story … “So they walk in, and we’re immediately kicking each other under the table. Anyways, we get to know them and they’re like, ‘Hey, let’s play volleyball tomorrow,’ and we’re like, ‘Okay, yeah, we’ll play you in volleyball, why not?’ Matt Stafford and Matt Ryan didn’t actually believe Leo and his crew was going to show up for volleyball so they went to play golf.

They were wrong, Leo was ready to ball. She texted the NFL quarterbacks the game was on and they left the course to go hang with Leonardo DiCaprio:

“So the guys go to play golf and Sara and I head to the beach and lo and behold, there is Leo and Nina and all of them warming up on the sand volleyball court, and we’re like, ‘Oh s—t,’”
“We play this volleyball, a ‘Meet the Fockers’ moment happens, where Matthew spikes it and it ricochets off — some of the workers played with us, too — ricochets off the worker’s hands, on the other team, right into Nina Agdal’s face,” Kelly said. “That happens and we’re all like, ‘Oh, s—t.’”

Trip over? Nope. Leo lost in volleyball but wanted to keep the competition going. For what it’s worth, Leonardo DiCaprio challenging pro athletes to lame sports seems incredibly on-brand for him and it just makes this 100% legit story even better.

After multi-millionaire swimsuit model Nina Agdal got drilled in the face by Matthew Stafford, the next challenge was Ultimate Frisbee. After that came the drinking face licking (video below)

“I was like, ‘Why in the world does this guy keep challenging us to sports?’

So as the game goes along, the challenges get, I would say, a little dirtier,” Kelly said. “So we’re getting to this point, and we are all hammered, Leo gets the phone and it says, ‘Leo, lick Sara’s ear four times or drink six sips.’”

Kelly Stafford tagged Sara Ryan, Matt Ryan’s in that Instagram video above and she commented “Most incredible moment of my life, childbirth included! Time stood still for me!!👂🏻💦” which is impressive because Matt and Sara have twins. Meeting Leonardo DiCaprio and having him lick your face is apparently better than twins.

Shout out to PageSix for sharing this story from Kelly’s podcast. I would’ve totally missed it otherwise but now I might need to add Kelly’s pod to the mix if she’s got more stories like this one.