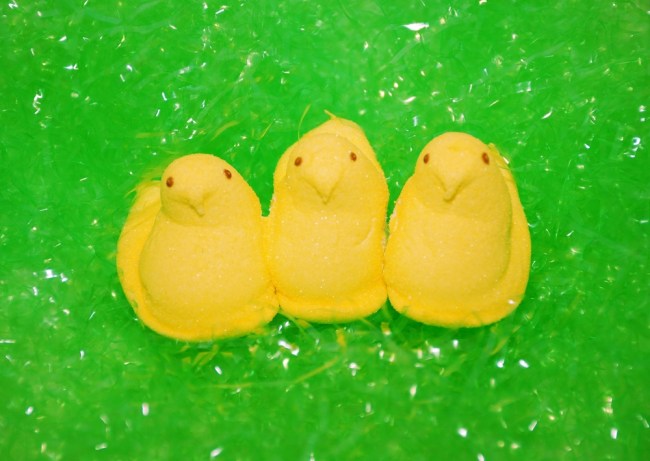 Eating just 1 marshmallow Peep candy in five minutes should be a crime punishable by law. Eating 255 Peeps in 5 minutes makes me want to throw up. The ONLY good use for Peeps is putting them in a vacuum chamber and watching them blow up to the size of an actual chicken.

Alas, competitive eating champ Matt Stonie just set a new Peeps world record by taking 255 of them to the dome at the Second Annual ‘World Peeps Eating Championship’ which was held last Saturday at National Harbor (D.C./Maryland). This was Matt Stonie’s second Peeps world record, besting his previous record of 250 Peeps by putting down an additional 5 this year.

Is it wrong that I’m sitting here contemplating the type of bowel movement that would result from eating 255 Peeps in one sitting? I’m concerned for Matt Stonie’s ass, I truly am. I imagine it’d be like farting out a marshmallow cloud pillow which turned out to be the world’s longest log. It would come out slightly pink tinged, making you think you were suffering from internal bleeding from eating all of those Peeps.

If you’re not familiar with Matt Stonie yet, you should be. He actually has one of the most entertaining food-related YouTube channels around. Just last week he put down 4,000 calories worth of Cheerios, and not too long ago he put down 25 Big Macs in one sitting.

Matt won the 2015 Nathan’s Hot Dog Eating Contest on the 4th of July, and according to his Wiki page he’s the #2 ranked competitive eater around. Here’s a look at his previous competitive eating world records: 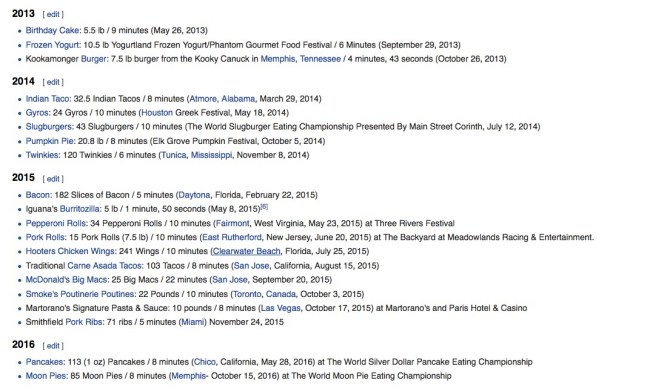 Congrats to Matt Stonie on setting a world record for eating the most garbage candy around! As I said before, Peeps are only worth a shit when you put them in a vacuum chamber: