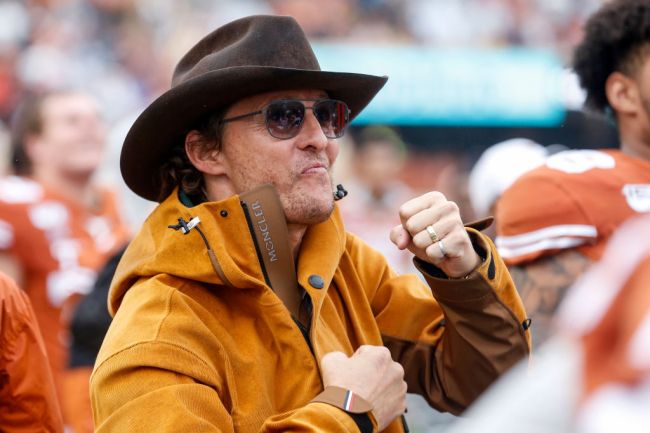 University of Texas football’s Minister of Culture has the Longhorn fanbase ready to run through a wall. Ahead of the 2021 season, Matthew McConaughey dropped a hype video to remind everyone of his role with the team.

It’s a fast-paced clip of the 51-year-old Texas-native doing his Minister of Culture duties, but it’s intentionally all business. He captioned it: “Let’s go to work.”

Every year, one of the biggest questions entering the college football season is if Texas is back. This year is no different.

The Longhorns have not won more than 10 games since 2009 and have reached a New Year’s Six Bowl just once since that season. Each of the last four years have ended with a promising bowl victory that set up the narrative that Texas is ready to compete for a national championship.

And in each of the years following the bowl wins, the Longhorns did not even reach the College Football Playoff. Rinse, repeat.

As a result of the consistent mediocrity, the university fired head coach Tom Herman in the offseason and hired Steve Sarkisian. Sark is expected to bring new life to an offense led by promising junior quarterback Casey Thompson and must lead Texas to a 10-win season if not this year, than next.

There is a lot of buzz around the program and those involved believe that there is unfinished business. This may be the last year that the Longhorns compete in the Big 12 before joining the SEC and a conference title is atop the list of immediate priorities.

Texas opens its 2021 season against a ranked Louisiana-Lafayette team that has potential to pull a sneaky upset. But with McConaughey in charge of culture, there is always a chance that Texas is back.

His hype video sets the tone for the year and it’s hard to imagine any team losing with such a prominent MOC behind them.