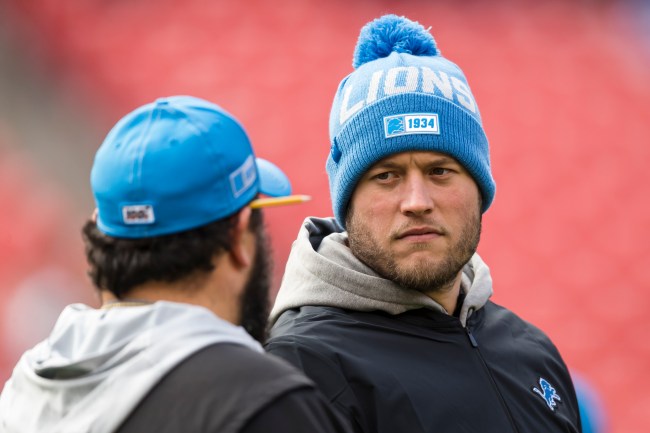 Matt Stafford wanted out of Detroit but really didn’t want to go to New England apparently.

According to NBC Sports’ Tom Curran, Stafford told the Lions that he would be willing to get traded to any team in the league but New England.

Stafford told the Lions they could send him anywhere but New England.

This comes from a source whose team was heavily involved in Stafford trade negotiations but failed to land him. Stafford, of course, is a Ram after Los Angeles sent a huge haul to Detroit for the one-time Pro Bowler.

With a load of cap space and a yawning void at the position, the Patriots figured to be frontrunners for Stafford along with teams like the Colts.

But Stafford apparently nixed the notion of being the guy that replaces the guy that failed to replace THE GUY.

Stafford was eventually traded to LA and NFL fans went on to assume that he refused to go to New England because they recently hired former Lions head coach Matt Patricia to their coaching staff recently.

What an F-U to Matt Patricia https://t.co/mapTtMjadH

Stafford wanted to be as far from Matt Patricia as humanly possible lmao https://t.co/iSUecIelMP pic.twitter.com/tGBnaI1Twa

He wanted no part of Matt Patricia https://t.co/cakqjvgRCy