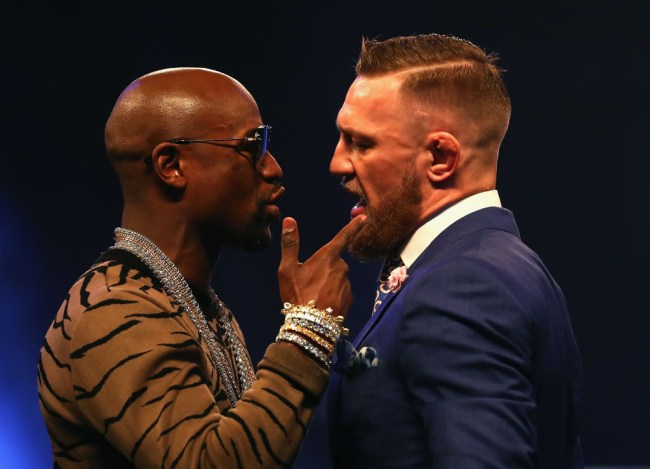 This Saturday, an estimated five million people will shell out $99.95 to watch Conor McGregor and Floyd Mayweather attempt to live up to months of hype when they finally face off against each other in Las Vegas (while millions more will try to figure out a way to tune in without having their computer taken hostage by Russian hackers). If you ask anyone who paid attention to boxing before the two men agreed to fight, there’s virtually no chance McGregor manages to land a punch that causes any significant damage over the course of the bout. However, it appears the general public isn’t letting things like “expert opinions” get in the way of a potential payday.

According to ESPN, Vegas bookmakers are facing a looming crisis that could result in more than a few betting shops having to close their doors if McGregor— who is a +375 favorite at the time of this writing— walks away with an unlikely victory. A staggering 94 percent of the bets placed so far in Las Vegas have been on the Irishman to win, and one operation is looking at a $3 million loss if he manages to pull off the upset.

The 49-0 Mayweather was a -2500 favorite in February before the fight was even announced, but those odds have dropped to -475 as more and more people have placed their money on a man who has never competed in a professional boxing match before. However, oddsmakers are hesitant to push the Mayweather odds any lower, as they anticipate many experienced bettors have been waiting to see just how low Vegas is willing to go before putting big money on the undefeated boxer.

Experts estimate that around $100 million worth of (legal) bets will be placed by the time the fight rolls around, which is double the amount of money that was wagered on Mayweather vs. Pacquiao. Let’s just hope this fight manages to be a bit more eventful than that one was.