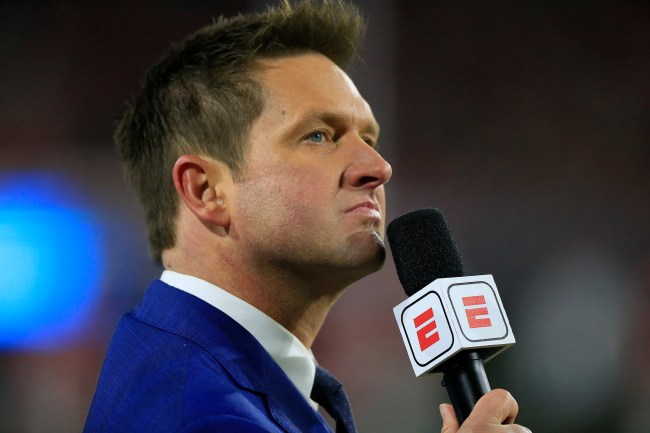 We are just about two months away from the 2020 NFL Draft and at this point, we have a decent idea of which players might go at the top and what each NFL’s teams most pressing needs are. The Bengals are expected to take LSU quarterback Joe Burrow with the #1 overall pick, making him the highest-drafted quarterback in the 2020 NFL Draft. There are rumblings that the Miami Dolphins will take Tua Tagovailoa with the #3 overall pick which would be wild, and there are a handful of other QBs who could get picked up in the first round.

ESPN draft ‘experts‘ Mel Kiper Jr. and Todd McShay think they have it all figured out. A lot of the times, they are able to accurately predict which player is getting picked and where they’re going based on team needs and insider tips but it’s the ‘talent evaluation’ of the whole process where these two ‘draft experts’ catch a lot of flack.

They’ve got $5,000 on the line and it all hinges around which player will get taken first, according to For The Win:

Kiper is high on former Oregon quarterback Justin Herbert, who he believes will be the third quarterback selected after Joe Burrow and Tua Tagovailoa are off the board. In his latest mock draft, Kiper has Herbert going fifth overall to the Miami Dolphins.

McShay, however, believes Kiper is stuck the stone age of quarterback evaluation. McShay called out Kiper during a SportsCenter segment, and argued that former Utah State QB Jordan Love will be selected before Herbert.

“Kiper likes to evaluate quarterbacks like the Flintstones. He’s stuck in a day and age where the big, strong arm guy who can throw… we don’t need that anymore. I need a Jordan Love from Utah State.” (via For The Win)

Here we go: @McShay13 bet @MelKiperESPN $5,000 that Jordan Love will go ahead of Justin Herbert in April’s draft; loser of the bet sends $5,000 to the @TheVFoundation. pic.twitter.com/Ix5dDnPFgt

$5,000 is nothing to these guys. Mel Kiper Jr. has a reported net worth somewhere in the range of $7 million so losing a $5,000 bet to charity isn’t even a drop in the water to him. That’s just a night out at the steakhouse.

In his latest NFL Mock Draft (2.0), Todd McShay has Joe Burrow going #1 overall followed by DE Chase Young to the Washington Redskins. To see the rest, you can click here.