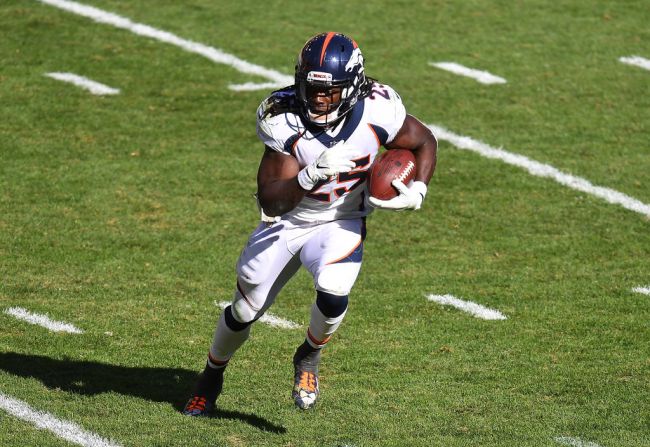 Broncos’ running back Melvin Gordon was cited late Tuesday night for driving under the influence and speeding at 5th Avenue and Speer Boulevard in Denver, according to police and court documents.

According to 9 News, the 27-year-old was ticketed for speeding between 25 and 39 mph over the speed limit. The Broncos are set to play the Patriots in Foxborough this upcoming Sunday while Gordon is expected to be arraigned in Denver County Court two days prior on Nov. 13.

The Broncos released a statement on the matter:

“We are aware of the situation involving Melvin Gordon,” the Broncos said in a statement obtained by NFL Network’s James Palmer. “Our organization has been in communication with him and is in the process of gathering more details.”

Gordon signed a two-year, $16 million contract with Denver this past offseason after spending his first five seasons in the NFL with the Chargers. He has rushed for 281 yards and scored four touchdowns this season and is coming off of his best performance as a Bronco rushing for 107 yards in a win over the Jets last Thursday.

Given how the league has disciplined prior DUI incidents with other players, Gordon could be facing a two or three-game suspension from the league.