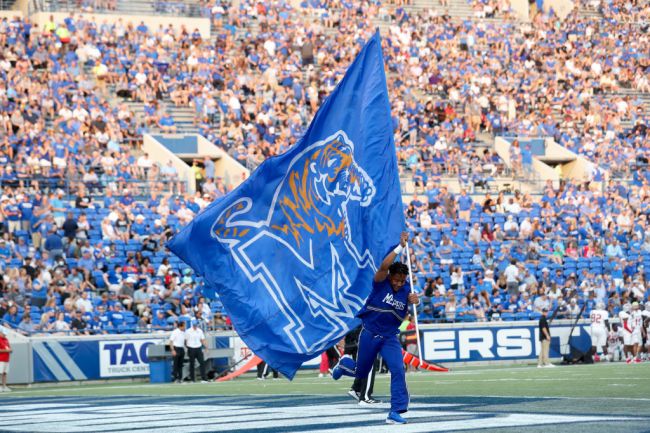 Memphis football was so close to being relevant, but once again, it is not. The Big 12 announced that it is formally extending membership invitations to four schools, but the school from the Bluff City was not one of them.

As a result, the Tigers are in a brutal spot and their fans are freaking out.

Early on Friday morning, Big 12 presidents met to discuss its plans for expansion. With Texas and Oklahoma leaving for the SEC, the conference was left with four vacant spots.

In their place, the Big 12 is officially extending membership invitations to BYU, Cincinnati, Houston and UCF.

The announcement you’ve all been waiting for…

Of the four teams that received offers, three are coming from the American Conference. None of the three is Memphis.

Rumors have been circulating for weeks about who the Big 12 would choose to invite. Somehow, some way, delusional Tigers fans convinced themselves that they might be invited.

However, once again, the state of Tennessee’s red-headed stepchild was left out. Thus, Memphis is left to compete in the American alongside the following teams:

A team from the American Conference was already unlikely to receive an invitation to the College Football Playoff. Now, after the expansion of the Big 12, there is an almost zero percent chance that an American team will be considered for one of four playoff spots.

The hopeless are searching for hope.

Memphis is hopeless and its fans are losing their minds. Things are so bad — the dumpster fire is burning so large — that the University of Memphis President had to release a statement.

A message for the Tiger family. pic.twitter.com/nDunFtli19

In his release, Dr. M. David Rudd tried to hype up his program, comparing it to the likes of Alabama, Georgia and Oklahoma. Each of the programs have won eight games in each of the last seven seasons.

No matter what they chose to believe, the Tigers are not on the same level as a Power 5 program. And now, after the expansion, they are completely ostracized on an island.

It’s a really brutal time to be a Memphis fan. Especially after the melee that broke out in the stands last weekend. Memphis fans are literally fighting themselves while their hopes of relevance crumble around them.