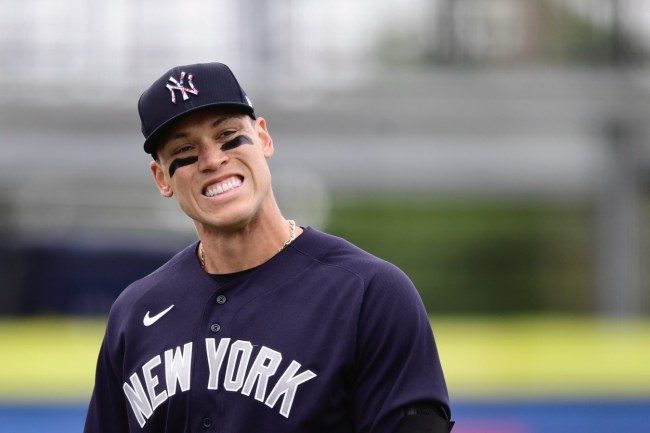 Point guard Kyrie Irving has been the target of New York City’s private sector mandate this season with the Brooklyn Nets.

While he’s allowed to attend games, sit on the bench with his teammates, and purchase tickets for NYC events in the Barclays Center, Irving has not been allowed to take the court.

The loss of one of their top players for the majority of the season has certainly stunted success in what was expected to be a championship campaign. Brooklyn is just 35-33 on the year, though they’re looking to make one final playoff push to end the season.

New York fans have already seen how the mandate can affect one of its teams. Now, two more teams in the Big Apple will be subject to the rule, at least until it’s lifted. And there’s been no indication that that will happen.

With the baseball lockout ending last week, the season is set to begin in early April. Both the Mets and Yankees will have to abide by the private sector mandate, meaning any unvaccinated players will be banned from playing in home games.

Spoke to a City Hall spokesperson and the Yankees and Mets fall under the same private sector mandate as Kyrie Irving and the Nets. No difference because it's an outdoor sport. Spokesperson cautioned that things could change by Opening Day.

The fact that baseball is an outdoor sport will have no bearing on the mandate. In addition to being held out of games in New York City, those same players won’t be able to play in Toronto, either. Canada won’t allow unvaccinated players to travel across the border.

That could have a huge effect on the Yankees as the Blue Jays are a division rival.

We don’t necessarily know what this will mean for either team.

The Mets were one of the least vaccinated clubs in the MLB last year, failing to meet the 85% threshold. Infielder JD Davis and backstop James McCann, among others, could be affected.

At last count Yankees had 3 unvaccinated regular players. Mets had several unvaxxed last year and while they’ve made many alterations they still have a few. Unless something changes, greater depth is needed. https://t.co/FxQRXZ0GYf

As for the Yankees, it’s widely believed that slugger Aaron Judge is unvaxxed. He was dismissive in his response when asked about his status for upcoming home games.

"I'm so focused on spring training. We'll cross that bridge when the time comes." – Aaron Judge when asked if he was vaccinated

When questioned about where the Yankees stand currently, manager Aaron Boone said, “We still have a few guys, at least, who are not vaccinated.”

Yankees would miss a chunk of the middle of their order if unvaccinated players can’t play in Toronto. Red Sox would be missing many more players. https://t.co/fzNtoRIdLo

The loss of Judge, and maybe more, could be a huge blow to the Yankees’ powerful lineup.

With news of the possible omission of key players for the upcoming season, the MLB world is taking to social media to react.

So uh, this is a pretty big deal. Rule might get changed before it really matters for the Yankees, but if it stays all year Judge can't play in more than half of the team's games between this and the rules for playing in TOR. (Assuming he's not vaxxed, which seems to be the case) https://t.co/cTq45hxpqd

This is why Judge can't yada-yada the vaccine question. We need to know if he's gonna be able to play. https://t.co/9g08L4L6x3

This makes it interesting… https://t.co/DfdJjWN5R4

Well this could get interesting. https://t.co/9B0ly19LeU

Aaron Judge playing only on the road minus the Toronto games puts him at like 70 games played this year https://t.co/XIEGEH4UXs

Cashman sneaking up on Judge about to give him the shot himself https://t.co/29LbmeqaHN pic.twitter.com/GOXt4JkWdB

There are still about three weeks until Opening Day. Teams in New York hope something changes before then.