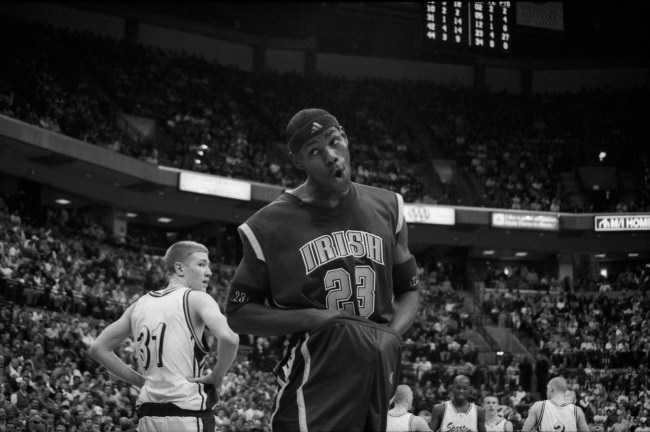 A quick thought exercise: Close your eyes. Imagine yourself at 16 years old. Personally, I’m picturing a decently timid kid with fettuccine arms, a face-full of acne, braces, and a dick with a life of its own.

Now try to imagine that image you have in your head testing your physical prowess against the following: 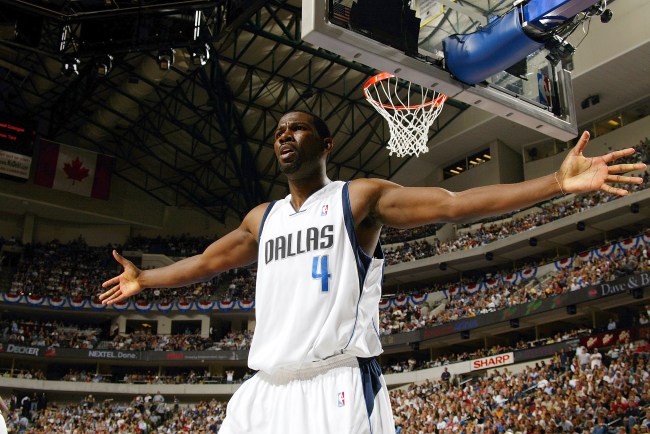 Two-time All Star Jerry Stackhouse (26 at the time) 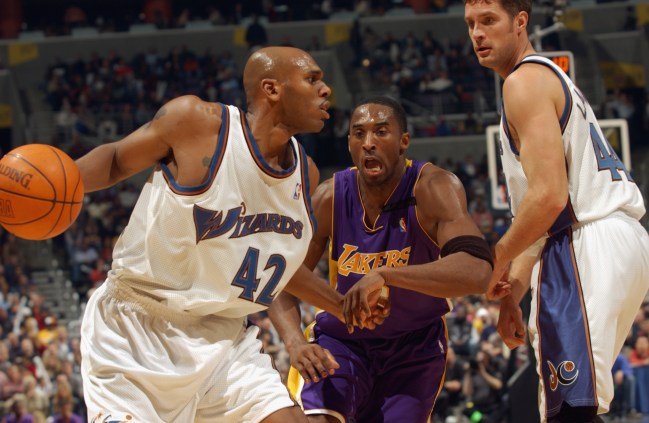 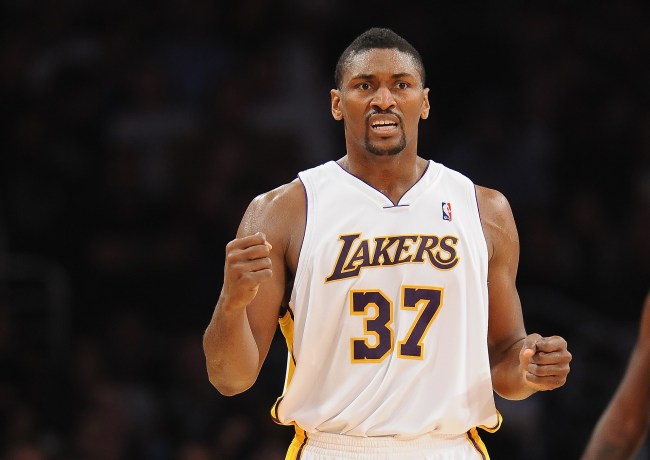 Can your brain even comprehend how badly a 16-year-old you would get overpowered by these dudes? Basketball skills aside, these guys were grown ass men.

And yet, as Metta World Peace recently revealed, a 16-year-old sophomore named LeBron James “embarrassed” these dudes in a game of pickup.

Listen below (transcript beneath).

LeBron was a sophomore in High-School cooking NBA players 🤯

“I gave him a forearm on a fast break..he was cooking..nobody can guard him…I’m getting embarrassed, he’s embarrassing us.”

And I’m like, ‘It doesn’t matter, he’s embarrassing us.’

So he’s coming down full speed, and I go [gestures with forearm]. He gets up and starts cookin’ more. He’s just touuugh. He was about 225 at that time. But I remember him just being tough.

As a sophomore, James averaged 25.2 points and 7.2 rebounds with 5.8 assists and 3.8 steals per game. He was named Ohio Mr. Basketball and selected to the USA Today All-USA First Team, becoming the first sophomore to ever achieve either.

There’s only one thing left to be said: What a fucking specimen.