Miami’s Cavinder Twins Talk With Livvy Dunne About NIL, Haters, And Getting Dumped 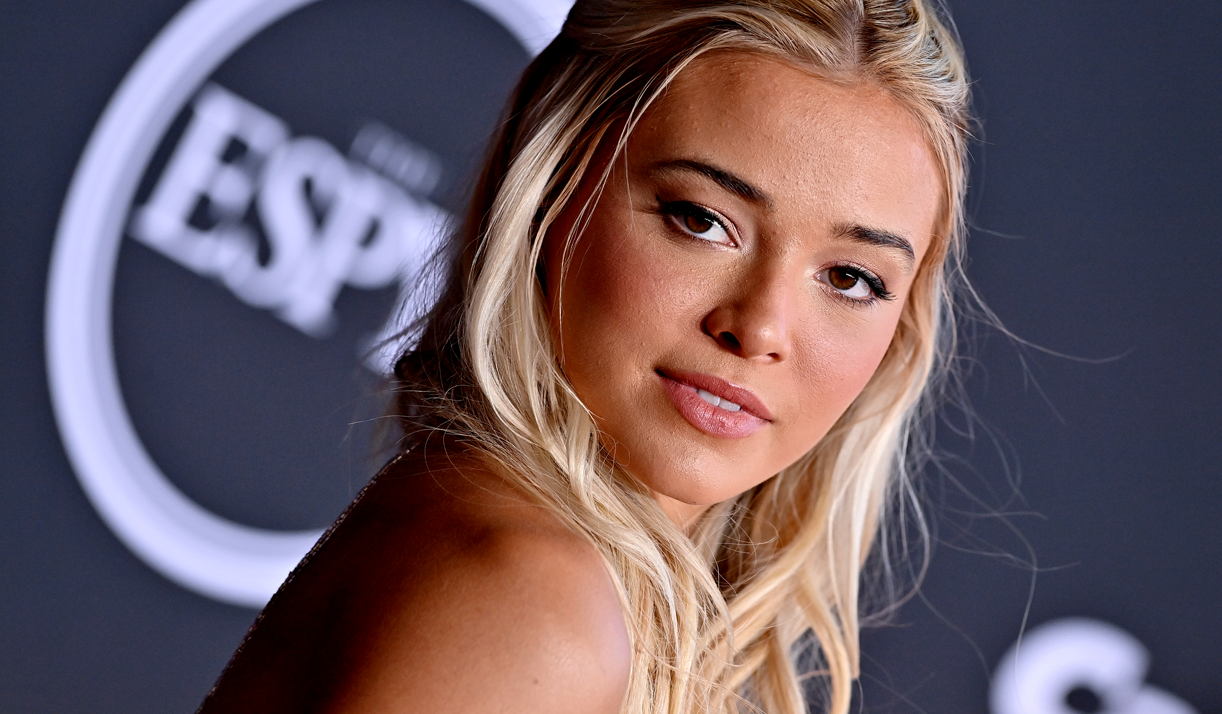 Miami’s Cavinder Twins are two of the biggest names in NIL these days. They had already made nearly $1 million in NIL at Fresno State before transferring to the University of Miami where their NIL earnings allegedly really took off.

The only name in women’s collegiate sports that might be bigger than the Cavinder Twins is Olivia Dunne aka ‘Livvy’. Haley and Hanna Cavinder just launched a new podcast named Twin Talk with Haley & Hanna Cavinder and it made perfect sense to get Livvy Dunne on as their very first guest.

The first episode of Twin Talk with the Cavinder Twins and Livvy Dunne covers a lot ground in just 30 minutes. They discuss:

“Livvy, Haley and Hanna get into EVERYTHING. Starting with Livvy’s burst onto the social media scene, How to balance Division One sports while also being a top influencer on social media and how they all deal with the haters who come at them.” As well as “Where Livvy will end up after College, How to handle mean girls, Did someone actually breakup with Livvy? Absolute love for Nashville, Who Livvy leans on to keep her life from getting insane, Best experience since NIL passed.”

You can stream the full episode on Omny.fm by hitting the ‘play’ button below or on Apple Podcasts. But here are some quotes from their talk:

Livvy Dunne says her NIL journey started ‘honestly, when (she) was about 10 years old when (she) downloaded Instagram.” I’m sure Instagram just loves hearing that as they have a 13-year-old age limit to use the app. She says ‘she’s always loved social media’ and did Elite Gymnastics growing up where she accumulated a following through that first.

At that point, she had about 100,000 followers on Instagram and hadn’t even started on TikTok. Then after the ‘demic rolled in she said she ‘started posting herself flipping around at the beach in a bikini’ and that’s when her number of followers exploded.

Olivia Dunne aka Livvy said when she arrived at LSU most people didn’t even know she did gymnastics and just thought she was a social media influencer and not an actual athlete. So that was her journey to NIL.

The Cavinder Twins say their journey to NIL started in a similar manner. They grew a following through basketball with ‘mixtapes’ of them playing and footage of them in the gym.

It’s interesting to hear Livvy Dunne and the Cavinder Twins discuss how this is all ‘a full-time job’ because it 100% is and they’re being paid accordingly for that. They say the ‘grind does not stop’ which is the case when you’re being paid 7 figures for social media exposure.

Livvy says the biggest struggle for her right now is compartmentalizing things in her life. Something the Cavinder Twins agree with. Separating school from sports from social media requires a level of planning they hadn’t experienced in life until now.

How Livvy Dunne and The Cavinder Twins deal with haters

They discuss getting ‘hate comments’ and Livvy discusses how her sister is ‘her rock’. Hanna and Haley Cavinder obviously have each other to rely on when the world gets overwhelming. Having a twin is an experience most people cannot relate to. But Livvy Dunne has her sister who lives on her floor at LSU and helps her with everything including ignoring the ‘haters’ on social media.

Livvy Dunne then discusses how she was recruited to go to LSU ‘when she was really young’. She goes on to say it was in 4th or 5th grade but the rules about recruiting in gymnastics have since changed. So it’s interesting that Livvy and her sister, both from New Jersey, ended up at LSU after she was recruited at 10 years old.

The Cavinder Twins ask Livvy Dunne about the best NIL experience she’s had so far. Her answer is kind of avoiding the topic but basically says this past Summer afforded more experience and opportunity than anything she’s ever had.

Livvy says she went to Hawaii, that she got to be in a music video for Walker Hayes in Nasheville. Then the three of them go on to rave about how obsessed they are with the city of Nashville.

The ‘traveling’ and ‘awesome people’ she got to work with this Summer and a billboard in NYC is the best part about NIL for her so far. Interestingly, Livvy Dunne does not mention the money.

How rich are Livvy Dunne and the Cavinder Twins from NIL?

For anyone wondering, these three women have made a considerable fortune so far thanks to Name, Image, and Likeness (NIL). Livvy ranks #1 on the On3 Women’s NIL 100 with an NIL valuation of $2.6 million.

For the portion about Livvy getting dumped you will have to listen to the podcast! Make sure to subscribe to the Cavinder Twins’ new podcast, Twin Talk with Haley & Hanna Cavinder, to keep up with new episodes as they come out!