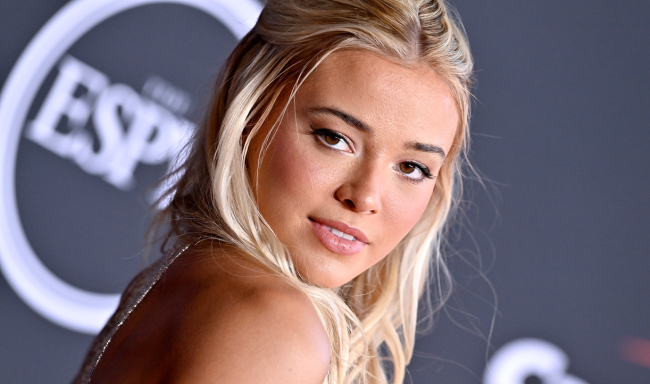 Remember when you were in college? (I’m talking to everyone who attended college in the pre-NIL era in which we currentl reside.) How many kids at your college do you think were earning over a million dollars a year?

Chances are pretty good that the answer was very close to zero.

Even the best, highest (illegally) paid college football players (looking at you, Pony Express) back in the day didn’t come anywhere close to earning that much money.

Times, they are a changing.

According to a website that tracks such things, on3.com, 20 year-old LSU gymnast Olivia Dunne has an NIL valuation of $2.3 million.

They estimate that with her social media following of 8.3 million people, Dunne is the highest paid female college or high school athlete in the nation.

Of course, on3.com, for the most part, doesn’t have “official” numbers, but their NIL earnings estimates are considered, at least for now, to be the industry standard.

All of this money now flowing to college and high school athletes recently piqued the interest of the New York Times.

The focus, however, wasn’t so much on the money, but why female athletes like Dunne are making so much of it.

“Female college athletes are making millions thanks to their large social media followings,” the sub-headline of the article reads. “But some who have fought for equity in women’s sports worry that their brand building is regressive.”

Dunne, 20, won’t give specifics on her earnings, which at least one industry analyst projects will top $2 million over the next year.

“Seven figures,” she said. “That is something I’m proud of. Especially since I’m a woman in college sports.” She added: “There are no professional leagues for most women’s sports after college.”

Dunne, a petite blonde with a bright smile and a gymnast’s toned physique, earns a staggering amount by posting to her eight-million strong internet following on Instagram and TikTok, platforms on which she intersperses sponsored content modeling American Eagle Outfitters jeans and Vuori activewear alongside videos of her lip syncing popular songs or performing trending dances.

To Dunne, and many other athletes of her generation, being candid and flirty and showing off their bodies in ways that emphasize traditional notions of female beauty on social media are all empowering.

“It’s just about showing as much or as little as you want,” Dunne said of her online persona.

Andrea Geurin, a researcher of sports business at Loughborough University who studied female athletes trying to make the Rio Olympics in 2016, said, “One of the big themes that came out is the pressure that they felt to post suggestive or sexy photos of themselves.”

Stanford women’s basketball coach Tara VanDerveer added, “I guess sometimes we have this swinging pendulum, where we maybe take two steps forward, and then we take a step back. We’re fighting for all the opportunities to compete, to play, to have resources, to have facilities, to have coaches, and all the things that go with Olympic-caliber athletics.”

She considers the way many female athletes are making their NIL money to be one of those steps back.

However, not every female athlete who generates a lot of NIL income posts bikini pics and the like.

Haley Jones has endorsements with Nike, Beats by Dre, SoFi and Uncle Funky’s Daughter, and she doesn’t use revealing photos to get them because “that’s not the top topic type of content that I want to post.”

That stance doesn’t slow fans down from still sexualizing her.

“You can go outside wearing sweatpants and a puffer jacket, and you’ll be sexualized,” said Jones. “I could be on a podcast, and it could just be my voice, and I’ll face the same thing. So, I think it will be there, no matter what you do or how you present yourself.”