Fresno State’s Cavinder Twins, Who Have Made Close To $1M In NIL Money, Announce Transfer To Miami 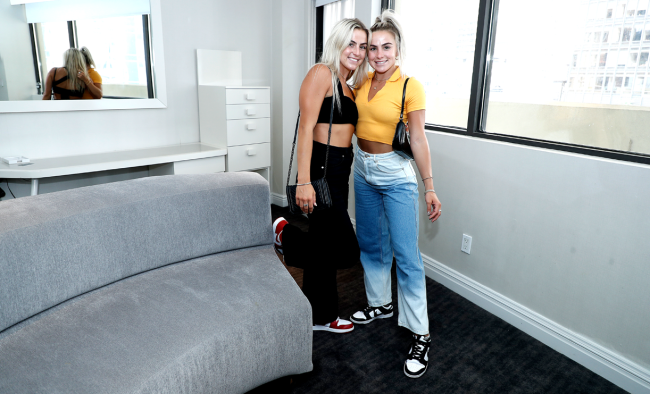 Men’s basketball isn’t the only college sport where the transfer portal and Name, Image and Likeness (NIL) money is causing major changes. Women’s college basketball is also being affected.

A perfect example of this was this week’s announcement that the Cavinder twins, Haley and Hanna, will be transferring from Fresno State University to the University of Miami for their senior seasons.

The Cavinders were among the first to sign major endorsement deals once NIL earnings were approved by the NCAA, contracting with Boost Mobile within minutes of it officially becoming permitted. They also have deals with Six Star Pro Nutrition, Champs, WWE, and a 25% stake in a new apparel company called Baseline Team.

Related: Arch Manning Is About To Get PAID As Louisiana Votes To Allow HS Athletes To Earn NIL Money

The twins, who have around 5 million followers combined on their social media channels, are reported to already have estimated earnings close to $1 million.

The potential for even more NIL money isn’t the twins’ top reason for transferring to Miami. At least that’s what they’re saying.

“I know that a lot of people can assume it could be about NIL,” Hanna Cavinder told Front Office Sports, but she claims it is more about them having “the best opportunity to get to the March Madness tournament.”

Fresno State finished 11-18 with a 7-10 record in the Mountain West in 2021. Miami went 21-13 with a 10-8 record in the ACC last season. The Hurricanes also got to the second round in the NCAA Tournament before falling to South Carolina.

Haley, however, did mention to Front Office Sports that Miami will certainly offer “great opportunities” for NIL income.

“We are really excited for future business opportunities there,” she said.

Of that there is no doubt, especially since these sisters can ball.