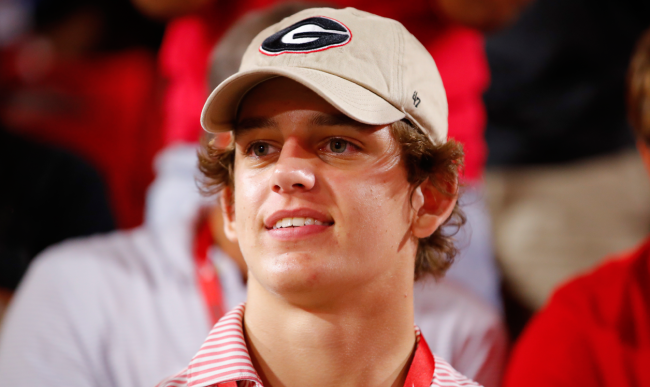 With the NCAA now allowing athletes to earn money off their name, image and likeness (NIL), every one knew it was just a matter of time before Arch Manning, son of Cooper and nephew of Peyton and Eli, was going to start cashing in at the college level.

What many fans did not see coming, however, was Arch Manning being able to rake in serious dough from his name, image and likeness while still in high school!

The LHSAA also contracted with a company, Eccker Sports, to assist these high school athletes with their NIL decisions, reports Saturday Down South.

Without a doubt, the biggest beneficiary of this new ruling is going to be Arch Manning, who plays quarterback at Isidore Newman School in New Orleans and is still just a junior.

Louisiana student-athletes are now cleared to get NIL deals in high school. As one source points out, "Without question, the biggest winner is Arch Manning."

“We are proud that this Positioning Statement on NIL has passed our Executive Committee because it’s the right thing to do for all high school student-athletes in Louisiana,” Eddie Bonine, executive director of the LHSAA, said in a release.

“NIL is a moving target, which makes ongoing education so important for our entire high school community. We are taking a whiteboard approach to this with Eccker Sports so that as new rules are established and things change from state to state, our members will always have the most current information available to properly guide our kids and their families. We want everyone to be prepared because even if you don’t have someone right now facing these challenges, you never know when you might, and we want everyone prepared when that time comes.”