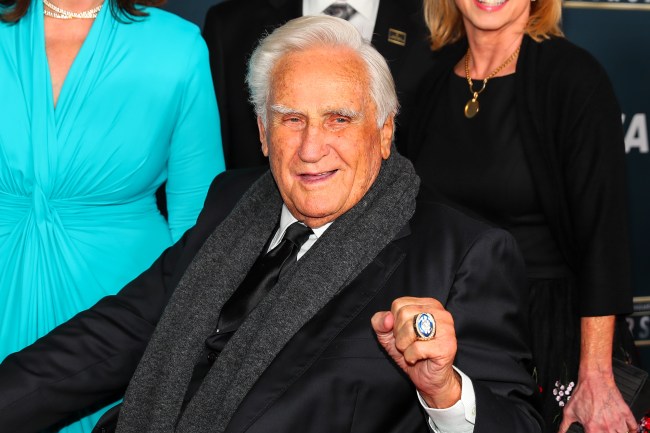 The only coach to lead a team to a Super Bowl win while undefeated has passed away on Monday.

Don Shula, the legendary Miami Dolphins head coach who holds the record for most regular season wins died on Monday according to a report by Miami based reporter Barry Jackson.

Very sad news: Dolphins Hall of Fame coach Don Shula passed away this morning at age 90, one of his children confirmed.

The Miami Dolphins are saddened to announce that Head Coach Don Shula passed away peacefully at his home this morning. pic.twitter.com/MKAtXFA4zd

Shula was recently selected as one of 10 coaches selected on the NFL 100.

Don Shula is one of the 10 coaches selected to the #NFL100 All-Time Team!

He was a HC for 33 seasons, and had some great achievements…

Dolphins fans immediately mourned the loss of the hall of fame coach.

Don Shula was the face (and jaw) of a franchise throughout the 1970s, 80's and into the mid-1990s. He raised two Lombardi Trophies in Miami. And, oh yes, his team in 1972 was perfect — a feat never equaled before or since.

Don Shula was a titan. Two-time Super Bowl champion. Four-time Coach of the Year. Most regular season wins (328) and total wins (347) in NFL history. The Perfect Season. And an absolute legend in South Florida. RIP.

Desperate to read everything about Don Shula. Hear all the stories. The success of his teams were the thing that made Miami a real sports city that loved its Dolphins. Really bummed I didn't get to experience any of it. RIP

And that doesn’t do it justice.