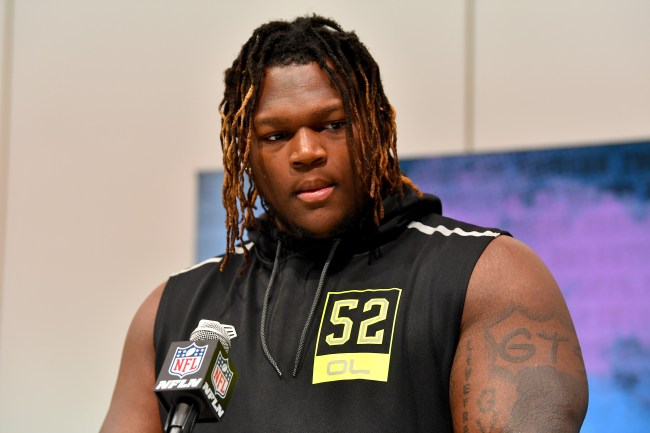 The Isaiah Wilson era in Miami is officially over.

Two weeks ago the Dolphins traded a seventh-round pick for the troubled Titans first-round pick but unfortunately, things didn’t work out.

LOOK! There’s more. And you can hear “Panda’s rap skills” at the end of this pic.twitter.com/pqRcK3pHKm

Less than 24 hours after the videos surfaced, the Dolphins cut him because they didn’t feel he was serious about playing football after he skipped out on voluntary workouts to do whatever he was doing.

Dolphins are planning to cut OT Isaiah Wilson, who they just acquired in a trade from TENN earlier this week, sources said. @AdamHBeasley 1st.

Wilson was late for his physical, on-boarding process & skipped optional workouts he committed to + offered help but wasn't interested.

This is true and sad. The #Dolphins have tried to help, but Isaiah Wilson has indicated he doesn’t want help right now. So, the former first-rounder has been released. https://t.co/fh1SmT2tk7

Wilson, who only played four snap for the Titans in his rookie season, was arrested on a DUI charge prior to the season’s first game and later placed on the reserve non-football illness list at the end of the season due to “personal issues. There’s a decent chance Wilson’s career is over due to his off-the-field behavior.