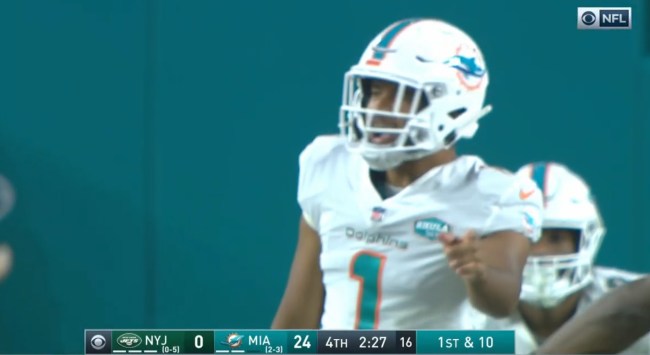 The Tua Tagovailoa era has officially begun in Miami.

After sitting out for the team’s first five games of the season, Tua was inserted late in the fourth quarter in the team’s blowout win against the Jets.

As soon as Tua trotted on the field, the limited crowd at Hard Rock Stadium gave him a loud ovation.

.@Tua Tagovailoa enters the game for the @MiamiDolphins! #FinsUp

In his first drive, Tua was able to complete a pass on a roll out and Miami Dolphins fans were excited.

tua got ice in his veins. pic.twitter.com/t0CEM8TTy0

With that…Tua Tagovailoa is now the most accurate passer in NFL History.