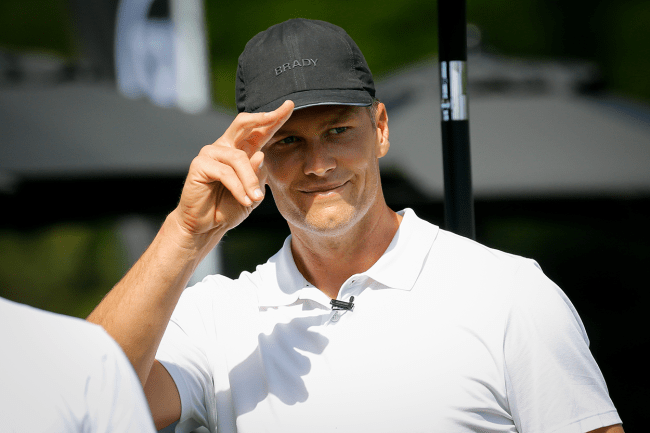 If there is ever an event in Miami, it is sure to bring out all of the celebrities and athletes. That was certainly the case at Formula 1’s Miami Grand Prix on Sunday.

Marking only the second location for an F1 race in the United States, it came with a lot of pomp and circumstance. Among the many famous faces in attendance were Dwayne Wade, Gabrielle Union, Mila Kunis, Ashton Kutcher, Serena and Venus Williams, and Bad Bunny.

Important update Serena and Venus have now gone into the Mercedes garage. pic.twitter.com/2R4vmPCT0x

Along with the many stars in Miami, a few goats pulled up.

Lewis Hamilton, of course, was racing, so he was there. He pulled up in some very South Beach pants.

As was the greatest football player of all time.

And the greatest fútbol player of all-time.

When they got together in the paddock, it made for an all-time legendary photo.

The four of them are each extremely wealthy, obviously. When you combine their net worths, it comes out to an astonishing $2.6 billion— with a B.

$2.6 billion is an insane number, but the group of GOATs have earned every penny.

I was just grateful and honored to be invited to join them.