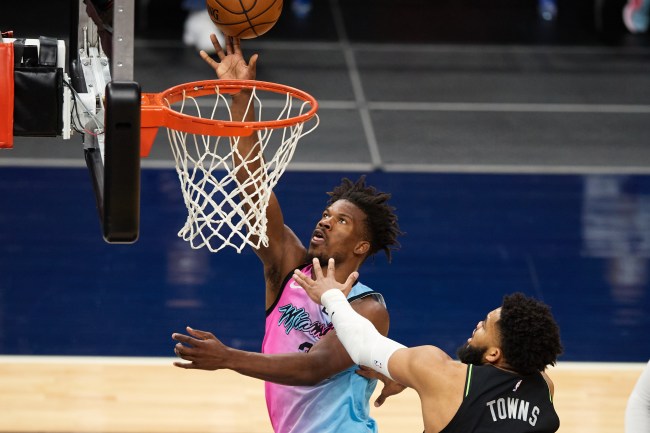 During Friday’s Heat-Timberwolves, Butler could be heard calling Towns a “loser” and “soft as baby shit.”

There’s plenty of history of bad blood between Butler and Towns.

Back in 2018, Butler forced a trade out of Minnesota after verbally berating his teammates Towns and Andrew Wiggins during a now infamous practice.

At one point, Butler found himself guarding Towns in the post and when the big man received the entry pass, Butler yelled, “He can’t do [expletive] against me!” and Towns ended up kicking the ball out, league sources said.

When practice concluded, Butler stormed out of the facility without stretching with the rest of his teammates, league sources said.

Towns then huddled the players up with a message centered on everyone keeping their emotions in check, league sources said. But according to some of the players, the message was empty.