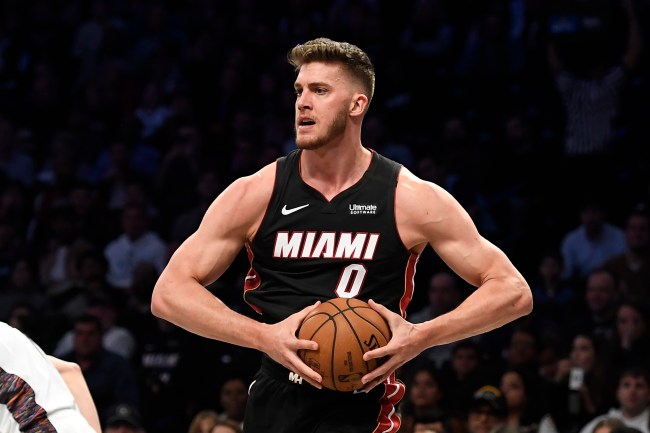 Meyers Leonard got a bit too hyped up while playing Call Of Duty on Twitch and may have found himself in trouble with the NBA.

On Tuesday afternoon, a video of Leonard yelling out the anti-Semitic slur “k*ke” while playing COD during a live stream went viral.

Moments later someone called Leonard and informed him about the situation. Leonard immediately jumped off the stream after the call.

Dis dude Meyers Leonard called someone a racist slur and then got a phone call a little later and had to dip. Yeah, not a good look💀 pic.twitter.com/HQ05uGRIv7

It is worth noting that Miami Heat owner Micky Arison is Jewish who hosts an annual Jewish heritage night at American Airlines Arena.

Micky Arison's father was born and died in Tel Aviv and he is Israeli. https://t.co/vWo4M6f3Xw

Update: Leonard is apparently an investor in the popular e-Sports group FaZe caln and the company is set to release a statement soon.

FaZe investor and member Meyers Leonard was streaming when he dropped an anti-Semitic slur. A comment from FaZe Clan likely coming soon. pic.twitter.com/cur2EIv0Nw