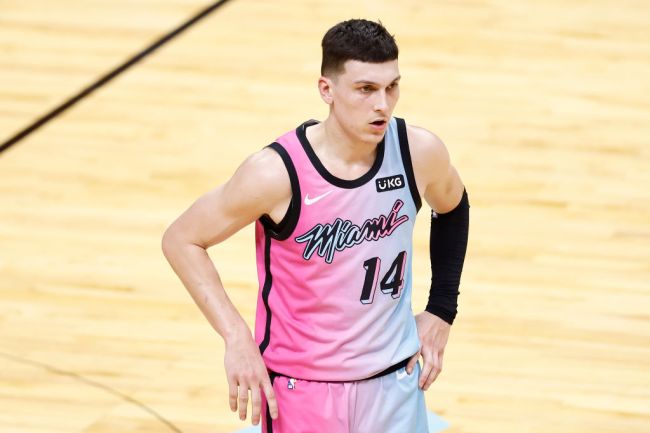 It appears that Tyler Herro’s time in Miami is coming to an end.

“I have now heard that there is a 75 percent chance or better that he is traded this offseason,” “In fact, when I’ve thrown out 75 percent to several league sources, they’ve told me that’s low.”

Earlier this year, Skolnick also reported that the Heat were concerned with Herro’s celebrity status when he struggled during the season.

The Miami Heat have been “concerned for months” about Tyler Herro acting like a celebrity (via @EthanJSkolnick and @IraHeatBeat Inside the Paint podcast) pic.twitter.com/ozPZWwuR5f

Ira Winderman: “Tyler Herro chose to become a celebrity, “He chose to become something outside the game, as is his right. With his breakfast cereal, and his Tyler Tuesdays, and his Chipotle Bowl and that’s all well and good. But you know what? Other players when they see a player doing that before they’ve truly reached it. I don’t know if I want to say there’s a jealousy. … They sort of take a scant view of the guy and say, ‘Wait a minute buddy. You haven’t done anything yet

Ethan Skolnick: “Ultimately, the team starts to get a certain level of concern,” “In this particular case, the team has been concerned now for months.”

Herro was on the trading block for much of last season so it’s not really surprising the team is looking to move him after a disappointing season.