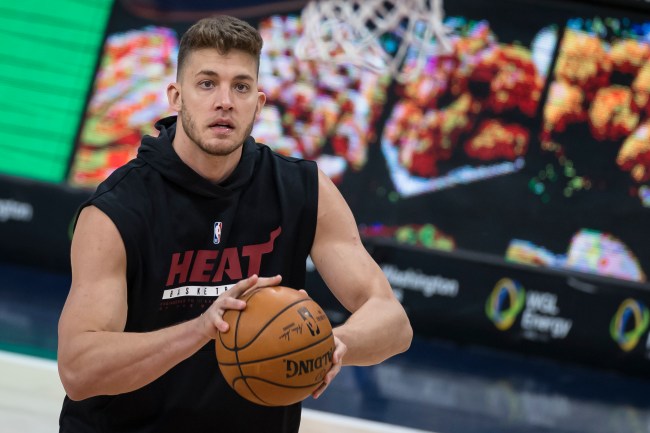 Meyers Leonard is already losing sponsorship deals after using an anti-semitic slur during a live stream.

On Tuesday afternoon, Leonard was seen yelling out the word “k*ke” while playing ‘Call of Duty” on Twitch.

According to Miami-based reporter Andy Slater computer company, ORIGIN PC, immediately dropped Leonard as a spokesman after the incident.

SLATER SCOOP: Meyers Leonard’s gaming sponsorship has been cancelled, a source tells me.

The computer company, ORIGIN PC, made the move after the Heat player used an anti-Semitic slur online.

A comment was recently made by Meyers Leonard that does not reflect the values or views of SCUF. We have decided to cease our working relationship with Meyers as we look into it further.

A statement from FaZe Clan. pic.twitter.com/ePo1NGEaN5