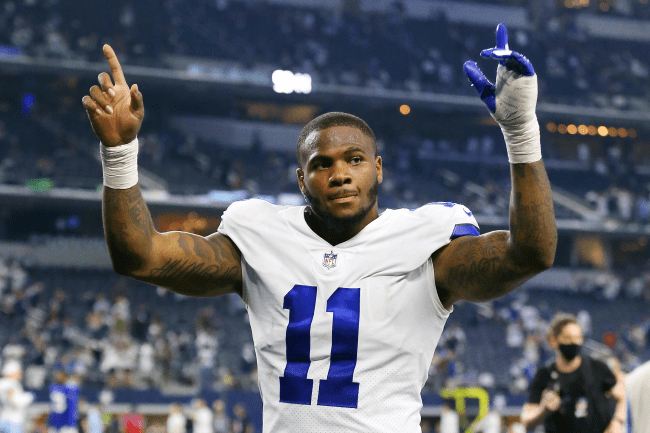 Micah Parsons is a freak of nature, but he’s just like the rest of us. The 22-year-old rookie linebacker out of Penn State is quickly taking the NFL by storm and has set himself in a league of his own. And yet, when he’s sad, he just wants the same thing as everybody else— puppy cuddles.

Despite its young defender’s tremendous day, Dallas lost to the Broncos by two scores. After the game, Parsons was not one to tout his own success and refused to make excuses.

Here is what he had to say in the postgame presser:

As Parsons stood at the podium, a wasp somehow made its way into the building and tormented him as he tried to answer questions from the media. Although he dodged the insect with the same finesse he used against the Denver offensive line, his face said it all.

While that wasn’t necessarily the case, because his individual stat-line was impressive, Parsons said that he was looking forward to going home. He recently got a new puppy and had plans to “cuddle about” the loss.

First the wasp, and then the dog news— the clip was the was among the best press conference videos we have received this year.

Micah Parsons trying to avoid a bug during his postgame news conference: “It’s just not my day.”

We knew that Parsons was going to be a force to reckon with in the NFL and through eight games, he is showing that. However, regardless of how old you are or how much money you make, his press conference on Sunday was a reminder that dogs really are man’s best friend.