UPDATE: Michael Brantley Is Staying In Houston After Previously Reported To Have Signed With Toronto 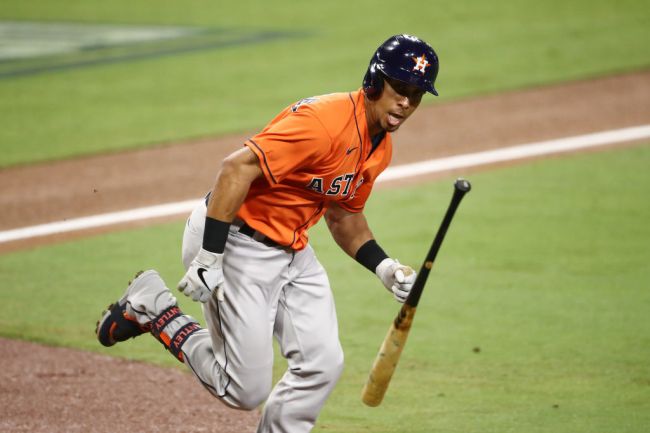 Michael Brantley is returning to Houston on a two-year contract worth $32 million. This resigning comes after a deal was reported between Brantley and Toronto this morning. His previous contract with the Astros was of the same length and salary so his value to the club stays equal to 2018.

MLB source: #Astros reach an agreement with Michael Brantley on a two-year deal worth $32 million.

ESPN’s Buster Olney reported that the Jays did not come close to signing Brantley.

The Jays have been incredibly aggressive, and have more to do. They did not come close to signing Michael Brantley.

Here is what we previously reported:

The Blue Jays continues to go all-in on their free-agent push, agreeing to terms with former Houston outfielder Michael Brantley on a three-year contract. Sportsnet’s Hazel Mae was the first to report the acquisition, and the financials of the deal have not yet been disclosed. This move comes less than 24 hours after Toronto signing fellow Astros teammate George Springer for the next six years.

Brantley’s addition to a team makes its lineup one of the deepest in Major League Baseball, not just the American League.

Now that Michael Brantley is headed to Toronto on a three-year deal, as @thehazelmae said, look at this lineup:

That is a run-scoring machine.

To provide support for the big bats, the Blue Jays also used the offseason to try and sure-up its bullpen by retaining starter Robbie Ray and bringing right-handers Kirby Yates and Tyler Chatwood north of the border. Wednesday’s announcement was the dramatic crescendo to months of rumors and speculation surrounding Toronto being attached to almost every free agent on the market.

Brantley will turn 34 in May and has hit .300 or better in the last three seasons. He was one hit away in 2017 from making it four consecutive years, so it may as well be the case. His presence in the clubhouse amongst a good group of veterans who know how to win cannot be understated as the young core is set to anchor Toronto’s success.

The 2017 World Series champion(*) is expected to serve as the Blue Jays’ designated hitter on most days to keep him well-rested after nagging injuries troubled much of his career. Brantley brings a high-contact rate and low strikeout ratio to the mix, contributing right away with a bunch that averaged one strikeout per four plate appearances last season.

It is clear that the belief in Toronto is that the pieces are there to compete with the New York Yankees and Tampa Bay Rays now, rather than waiting for its younger players to develop. Brantley’s most recently played on a two-year, $32 million contract with Houston, so he is expected to make a pretty penny with this deal.