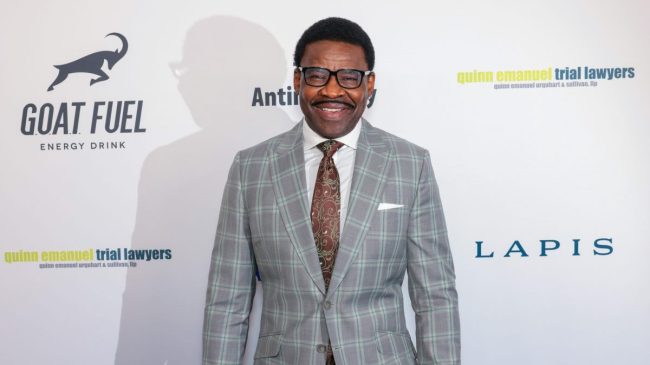 Michael Irvin was the laughingstock of the NFL world when he boldly predicted that Minnesota Vikings quarterback Kirk Cousins would win the NFL MVP.

Now it appears that Irvin may be the one to get the last laugh.

Cousins started the 2022 NFL season in impressive fashion. The veteran signal-caller went 23-of-32 for 277 yards and two touchdowns as the Vikings demolished division rival Green Bay.

Much of that success was due to the play of superstar wide receiver Justin Jefferson. Minnesota selected Jefferson with the 22nd pick of the 2020 NFL Draft and he has not disappointed. The LSU product made the Pro Bowl in each of his first two seasons.

Now he may have taken his game to an even higher level. The superstar pass-catcher hauled in nine balls for 184 yards and two touchdowns in the victory over the Packers.

Irvin went on ESPN show First Take on Monday morning and was fired up to talk about Cousins, Jefferson and the Vikings.

.@michaelirvin88 thinks Justin Jefferson will break ALL the records 👀 pic.twitter.com/MLA1KNTUqZ

“Justin Jefferson, he wanted to prove it to everybody,” Irvin shouted. “He said ‘by the end of this year I will be the best receiver in the NFL.’ He wants to prove it. And he started out by proving it. And let me drop this last little nugget on y’all. He’s proving it for me!

“This is why I called out and said Kirk Cousins is going to be the MVP. That’s my dude right there, Justin Jefferson. That’s who I talked to. He said ‘Michael, I’ma go off this year. I’ma do what Cooper Kupp did last year.’ I bold predict him to break every record. And if he’s catching the passes, well somebody has to be throwing ’em! That’s why I said Kirk Cousins was going to be an MVP. So all you people out there that think I’m crazy, no! I’m using information to bring you knowledge about what’s just about to happen. Watch it now. Hey Justin Jefferson, thank you for proving it to be people for me.”