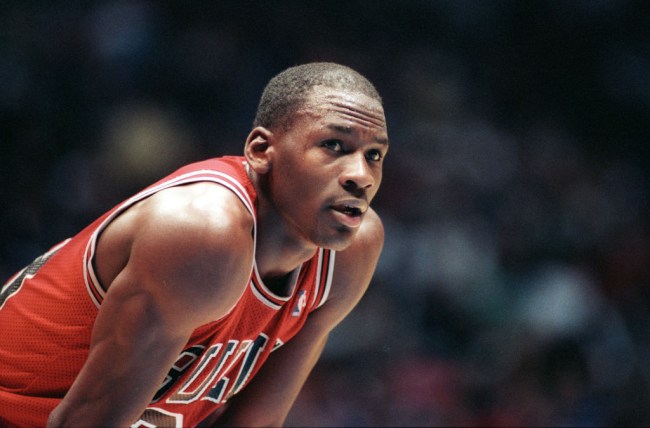 In his 15 seasons, Michael Jeffrey Jordan scored 32,292 points, and his first two points with a beautiful hanging bank shot following a spin move five minutes into the first quarter of the Chicago Bulls game against the Washington Bullets on October 26, 1984.

On this date 35 years ago, Michael Jordan made his @NBA debut!

Jordan, who was wearing his Nike Air Ship sneakers, helped the Bulls to a 109-93 victory over the Bullets at the old Chicago Stadium. In his first NBA game, Jordan finished with 16 points on 5-of-16 shooting, seven assists, six rebounds, four blocks, and two steals.

In Jordan’s exquisite first few months in the Association, he made the All-Star game, and he got his first Sports Illustrated cover as a professional basketball player in December and the headline was “A Star Is Born.”

Jordan’s rookie campaign was tremendous, His Airness averaged 28.2 points per game on 51.5% shooting and 196 steals. Jordan would win the Rookie of the Year and propelled the Chicago Bulls into the playoffs after the franchise had missed the postseason in the previous three seasons.

Jordan changed the Bulls forever after the Houston Rockets passed up on MJ in the 1984 NBA Draft and selected Akeem Olajuwon with the first pick, and the Portland Trail Blazers made one of the biggest draft blunders of all-time by picking Sam Bowie over Jordan.

Jordan did not dunk in his first NBA game, but converted an alley-oop in his second game, a day later.

Jordan would score 21 points in the second game, 37 points in his 3rd game, and notched his first 40-point game in his ninth game by dropping 45 against the San Antonio Spurs.

Now, 35 years after the anniversary of Michael Jordan’s NBA debut, he is still considered the greatest of all-time.