Michael Phelps Explains His Struggles During Pandemic, Says He’s Screamed Out Loud ‘I Wish I Wasn’t Me’ 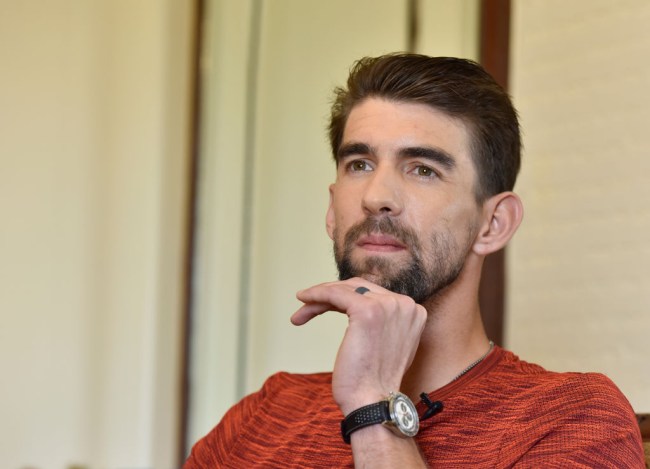 You’ve likely read a story or at least heard about Michael Phelps’ mental health struggles since he first opened up about them ahead of the 2016 Olympics. He’s been very open about his anxiety and depression over the past few years in hopes to help others struggling with their own issues.

Given the state that practically the entire world finds itself in at the moment with people spending far too much time inside and having any sort of normalcy disappear over the past few months, Phelps elected to share how he’s been doing during the pandemic.

While it’s safe to say that certain celebrities and all-time great athletes aren’t feeling the same burdens regular people are from a financial point of view, that doesn’t mean that the times aren’t taking a toll on them mentally.

Phelps teamed up with ESPN’s Wayne Drehs and shared what it’s been like to battle depression during these difficult times while explaining that it’s the most overwhelmed he’s ever felt.

There are times where I feel absolutely worthless, where I completely shut down but have this bubbling anger that is through the roof. If I’m being honest, more than once I’ve just screamed out loud, “I wish I wasn’t me!” Sometimes there’s just this overwhelming feeling that I can’t handle it anymore. I don’t want to be me anymore. It’s almost like that scene in “The Last Dance” where Michael Jordan is on the couch, smoking a cigar and he’s just like, “Done. Break.” He can’t take it anymore.

This is the most overwhelmed I’ve ever felt in my life. That’s why I have times where I don’t want to be me. I wish I could just be “Johnny Johnson,” some random person.

Phelps also went on to describe how he is trying to best manage everything going on and that process starts with the gym, which he describes as his escape.

So how do you fight this? How do you manage it? For me, I have to get in the gym every day for at least 90 minutes. It’s the first thing I do. I wake up between 5:15 and 7, no alarm, just whenever I roll over. If it’s 7, I’ll feed the boys and get them situated, but if it’s earlier, I just escape to the gym. And look, there are days that I don’t want to be there. But I force myself to do it. I know it’s for my mental health as much as my physical health.

If I miss a day, it’s a disaster. Then I get into a negative pattern of thinking in my own head.

It goes without saying that the virus and the quarantine process is affecting every single person differently. I think everyone feels a bit more lonely right now and whether this has all taken a toll on you financially, mentally, maybe it’s affected relationships in your life or your living situation, just remember you’re not alone.

Be sure to check up on your friends and family, everyone, it takes all of two minutes.

You can check out Phelps’ entire story over at ESPN.