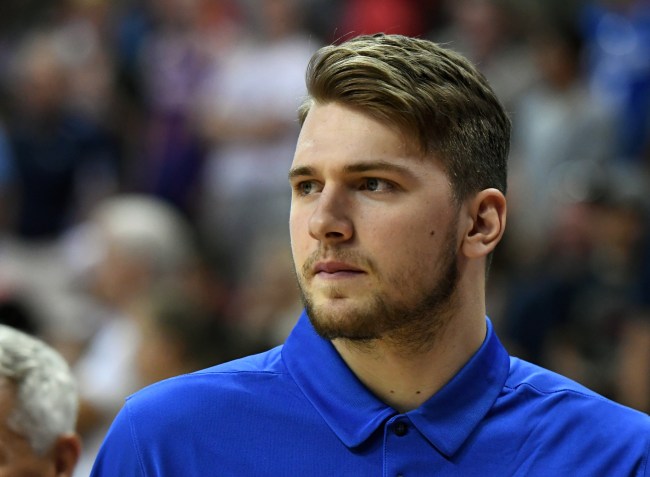 With last season’s arrival of Ben Simmons, Donovan Mitchell, and Jayson Tatum, the NBA provided an equally exciting and promising crop of new talent. This upcoming season, all eyes are on the 19-year-old Slovenian phenom, Luka Doncic. Doncic, who is considered one of the best international products ever, became the youngest recipient of the EuroLeague MVP and EuroLeague Final Four MVP awards.

The 6’7” shooting guard was selected third overall by the Atlanta Hawks and traded to the Dallas Mavericks and will now test his skills in the greatest basketball league on the planet.

Denver Nuggets guard and fellow rookie Michael Porter Jr. isn’t on the Doncic hype train, evidenced in an Instagram comment he liked that said: ‘Luka is the most overrated person I’ve seen in my life.’

The comment was referencing ESPN’s Rookie of the Year predictions, in which Doncic was by far and away the favorite, capturing 58% of the first-place votes. Porter Jr. didn’t even make the list.

Dino Radoncic, who is on loan from Real Madrid to San Pablo Burgos, defended his former teammate.

MVP of Euroleague can’t be overrated. A injured player who has not played 5 college games can be overrated. #Facts https://t.co/OWOzb6UUx7

Porter dropped to 14th overall in the draft due to back issues that limited him to three games as a freshman at Missouri. The 20-year-old recently underwent lumbar spine surgery and it’s still up in the air when he’ll make his NBA debut.

Italian pro player Pietro Aradori also piled it on Porter Jr. by seemingly making a statement about all NBA players.

Unbelievable how they are arrogant.

I guess time will tell.