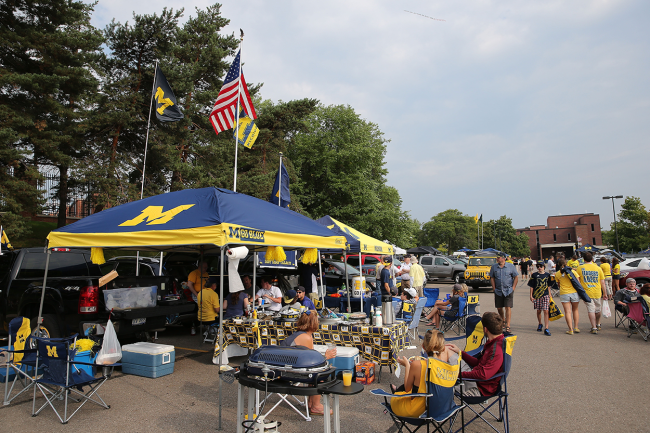 Michigan football is in uncharted territory. For the first time since the game was created in 2011, the Wolverines are in the Big Ten Championship.

If they win, they’re in the playoff. If they lose, they are out. There is a lot on the line.

Needless to say, this game means a lot for the school and its fanbase. Thus, they are traveling in mass to Indianapolis.

One fan or group of fans in particular rolled up to Indiana from Nebraska in an interesting vehicle— a short bus. But not just any old yellow short bus.

The bus sports a blue and maize coat of paint and has a lot of insults toward Ohio State. It’s a major case of little brother syndrome, but because the Buckeyes lost this year’s iteration of ‘The Game,’ it gets a pass.

I have arrived in downtown Indianapolis pic.twitter.com/4RFvRSIObb

There is a lot to unpack. Let’s break it down:

Although the back of the bus is absolutely wild, it looks like the perfect tailgating vehicle.