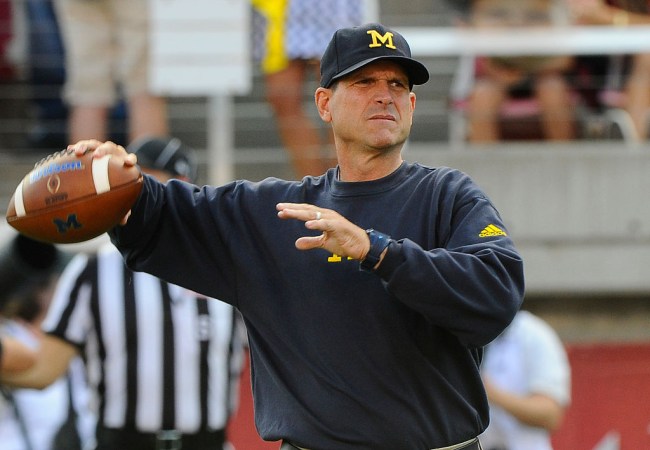 Michigan inside linebacker Elysee Mbem-Bosse appears to have lost his cool last night when he sent a series of troubling tweets directed at coach Jim Harbaugh/ According to Football Scoop Mbem-Bosse was apparently angry with Harbaugh for suspending him after he tended to a “family emergency. 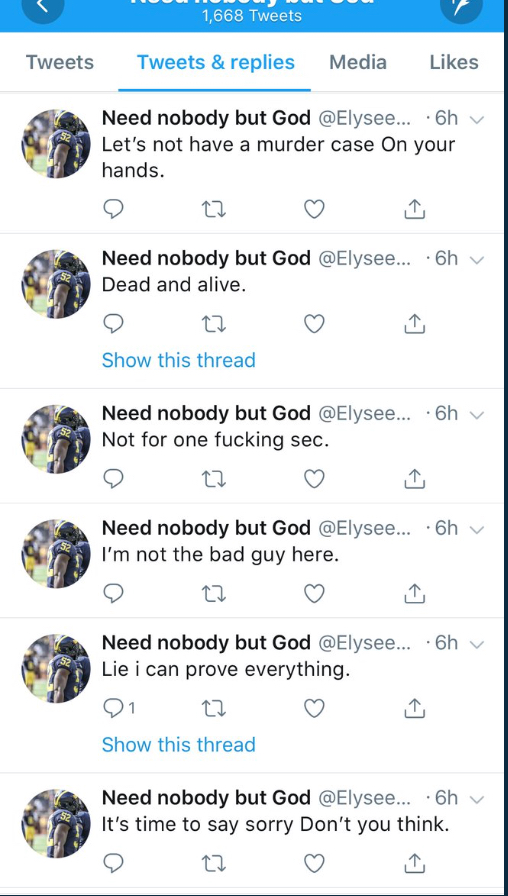 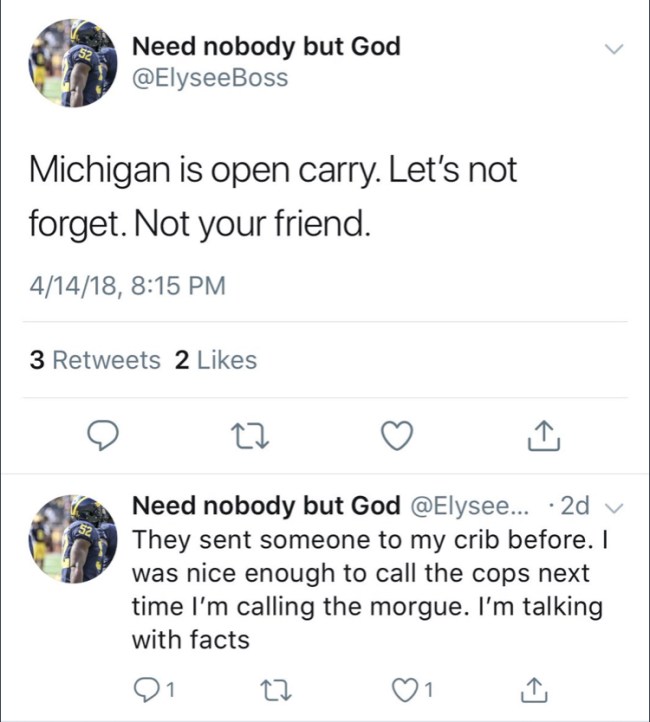 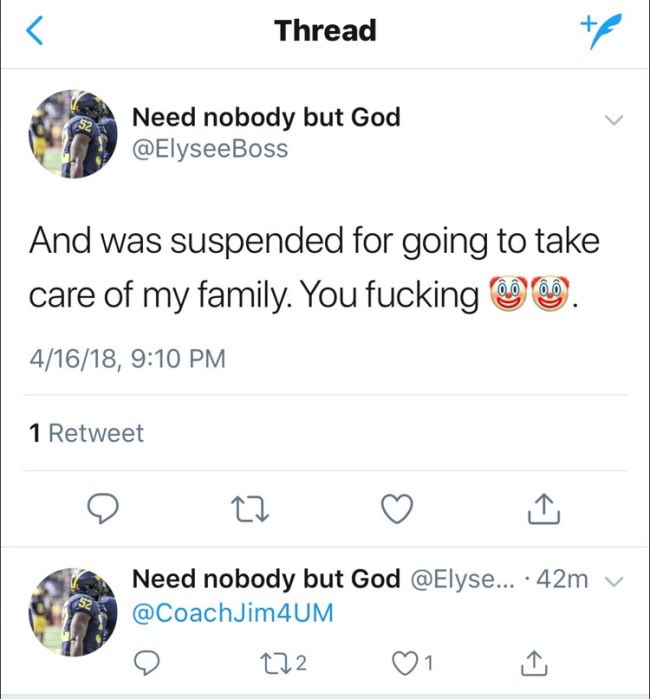 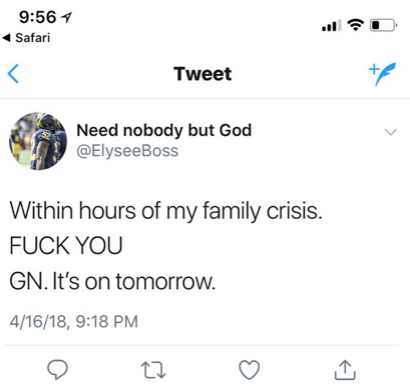 Any mention of Mbem-Bosse has been removed from the Wolverines’ website. Deadspin reached out to Michigan for a comment but they have yet to respond.

It’s unclear, for now, what issues Mbem-Bosse was trying to vent about, though the part about him being suspended seems to be true, as he is no longer listed on the Wolverines roster. Michigan did not respond to Deadspin’s request for comment. We will update this post if and when they do.

Hopefully the authorities are pro-active and engaging with Mbem-Bosse because those tweets are disturbing.

We’ll update this post whenever there is additional information provided.

U. Of Michigan campus police and Ann Arbor police officers and detectives responded to the Elysee Mbem-Bosse Twitter threats.