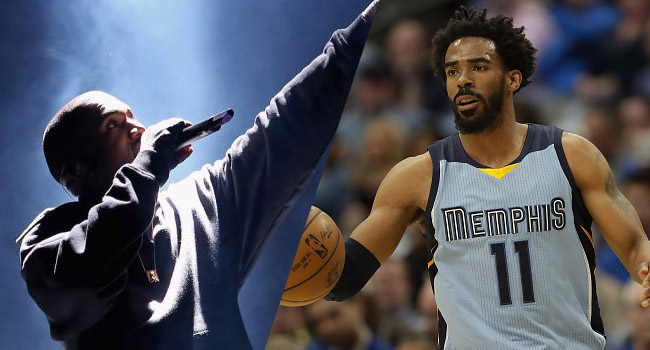 Kanye West has been pretty quiet this year. Unusually quiet in fact. But that doesn’t mean he isn’t keeping tabs on what’s happening, especially in the NBA, according to Memphis Grizzlies point guard Mike Conley.

Speaking at the Grizzlies’ media day on Monday, Conley relayed a story about how Kanye randomly called him up one night around 12:30 to tell him what a fan he was of Conley’s play.

“‘I just want to let you know I admire you, I really like what you do, I hate to see that you’re underrated,’ I mean just going through all these things like he actually watches me play,” said Conley. “He wasn’t reading off a paper or anything. He was just like ‘I think you could be up here and they just don’t see you like that.'”

Conley was obviously stunned by Yeezy’s unexpected praise, but was still cool enough to tell West, “I’m looking for a feature or something. Like put me in the background, sample some of my music.”

Check out the whole incredible story below…

VIDEO: Mike Conley got one of those famous late night calls from Kanye West this summer. The phone call story is hilarious. Check it out. pic.twitter.com/zZIJfXV747