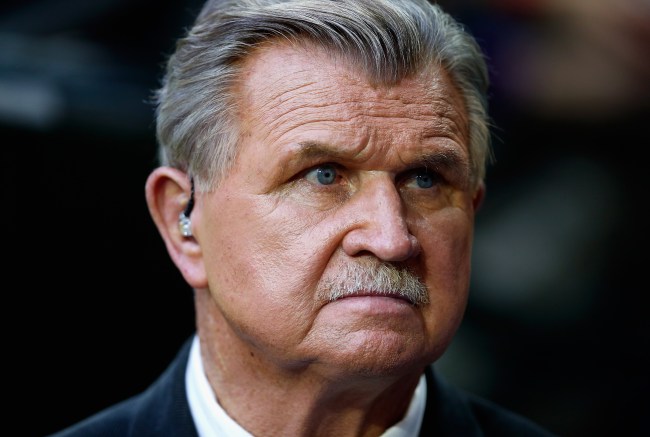 Mike Ditka has a stern message for any NFL player who wants to kneel during the anthem.

For the past week, we’ve seen players from the MLS and MLB take a knee during the national anthem to show support for the Black Lives Matter movement.

Several NFL players including Cleveland Browns star QB Baker Mayfield have stated they will take a knee during the anthem this upcoming season.

Baker Mayfield explains why he’ll be kneeling during the national anthem.

He says he doesn’t care if he loses fans because of it. pic.twitter.com/c7Fh4dljfa

On Sunday, legendary head coach Mike Ditka was asked about what he thought about the potential anthem protests in the NFL by TMZ and he’s clearly not a fan of the idea.

If you can’t respect our national anthem, get the hell out of the country,” Ditka said. “That’s the way I feel. Of course, I’m old fashioned, so I’m only going to say what I feel.”

This isn’t the first time Ditka has railed against anthem kneelers. Back in 2016 he blasted Colin Kaepernkick for kneeling during the anthem.
Via ESPN

“I have no respect for Colin Kaepernick – he probably has no respect for me, that’s his choice”. “My choice is, I like this country, I respect our flag, and I don’t see all the atrocities going on in this country that people say are going on.”