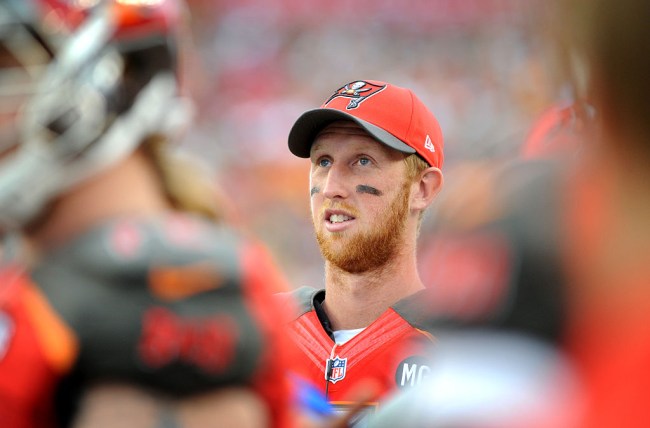 The Colin Kaepernick debate is well-worn at this point. The NFL screwed him out of a job because he protested police brutality against African Americans and now they’re reaping what they’ve sowed.

But we’re not here to talk about that — you can get that sort of content anywhere else. We’re here to talk — but mainly, laugh (I’ve literally been laughing out loud about this for about an hour now) — about Mike Glennon taking a truly almighty ricochet shot out of nowhere in the midst of the Kaepernick debate.

In a Wednesday interview with the Chicago Sun-Times, Bears defensive tackle Akiem Hicks — from the highest top of ropes — decided to drag Glennon into the conversation, using his signing as an example of how many inferior quarterbacks were getting jobs.

Akiem Hicks says it's clear to him that Colin Kaepernick lost his career because of kneeing then drops a bomb in the middle of the conversation: "We signed Mike Glennon."

Look, man, I don’t care what corner of the political spectrum you fall on, that’s pure comedy. There’s poor ole Mike Glennon (not literally poor, though, as he remains employed by the Jacksonville Jaguars) just minding his own business on a casual Wednesday afternoon and a defensive teammate from three years ago Swanton Bombs on his face for the entire country to see. “Hey, yeah, y’all remember Mike Glennon’s trash ass, right? We signed HIM.“ Imagine being Glennon and opening up Twitter to find out that — in this middle of this historic moment in time — sports fans on the internet are still clowning on you. It’s worthy of narration from WWE legend Jim Ross himself. GOOD GOD ALMIGHTY!