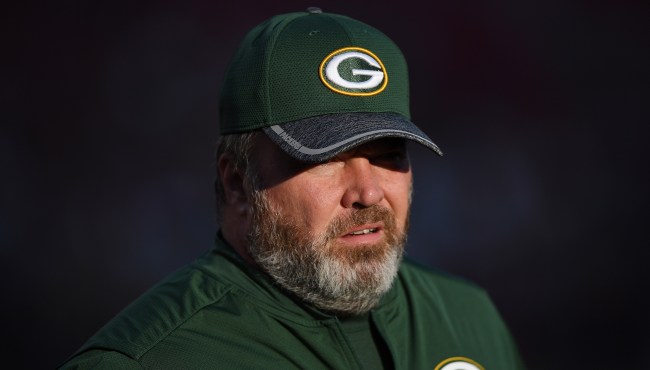 Mike McCarthy has a lot of free time on his hands now that he is no longer the head coach of the Green Bay Packers.

It also means that he doesn’t have any referees to yell at from the sidelines anymore. Or, well, it did.

Now McCarthy is under investigation after a complaint was filed against him with the Wisconsin Interscholastic Athletic Association after he loudly berated and followed the referees after his stepson’s basketball team, Notre Dame Academy, lost in the playoffs to Pulaski High School on Tuesday night.

No, this is not a story from The Onion. Watch…

“This parent chose to follow the officials and berate them, which is clearly unacceptable,” said Janel Batten, Pulaski’s athletic director.

Through an open records request FOX 11 submitted to the Pulaski School District, we were provided security footage from moments after the game concluded. There is no audio, but you can see a Pulaski staff member escorting the referees out of the gym with a man following behind. District officials confirmed the man is McCarthy.

“Some things were said, some language was used that we don’t want in our gym, unsportsmanlike language,” said Batten.

FOX 11 talked with one of the referees who did not want to talk on camera for this story, but confirmed an “unfortunate situation” happened with McCarthy that the official described as a “verbal tirade.”

Notre Dame Academy Athletic Director Steph Mathu has since issued a statement addressing McCarthy’s misbehavior, “We have been contacted by the WIAA regarding last night’s basketball game, and we are currently looking further into this situation. We will continue to stress the importance of sportsmanship and respect to our students, parents, fans, and community members.”