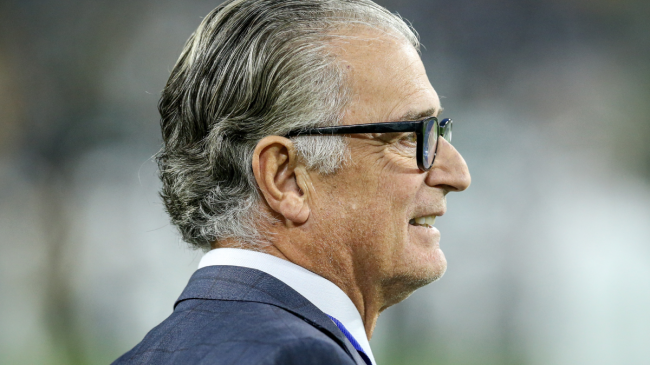 Officiating crews made headlines once again for an egregious roughing the passer call on Monday Night Football. In a matchup between the Chiefs and Raiders, the Kansas City defense was called for a 15-yard penalty which led to a Oakland field goal.

Defensive lineman Chris Jones not only sacked quarterback Derek Carr before the halftime break, but he also stripped the passer and wound up with a turnover. That strip sack was quickly negated by a flag.

Referees said that Jones landed on Carr with his body weight, bringing about the penalty. Chiefs fans were visibly upset with the call, which kept that Oakland drive alive rather than giving Kansas City the ball in favorable field position.

Even the guys in the booth disagreed, though Troy Aikman is now catching heat for his comments on the call.

It appears that those frustrations were justified after hearing from former NFL VP of Officiating Mike Pereira.

Though Pereira wasn’t in attendance at the game, he was able to give his opinion on the roughing the passer call that cost the Chiefs a turnover.

Here’s what he had to say online while watching the game from his local watering hole.

I’m sitting at a bar drinking Tito’s with chief fans yelling at me. I DO NOT BLAME THEM!

He said he didn’t blame Chiefs fans for being upset with the penalty, seemingly suggesting that he believes the wrong call was made. The 15-yard penalty not only took away a huge momentum shift, but it also allowed the Raiders to tack three more points on the board.

Unfortunately, it’s not the first controversial roughing the passer call we’ve seen this weekend. The Bucs were aided by a questionable penalty on a sack of Tom Brady, which kept the Falcons from getting the ball back late in the fourth quarter. Tampa Bay was able to run out the clock in a six-point win after benefitting from the first-down.

The NFL has to clean these issues up or they’ll continue to get blasted by the fanbase.