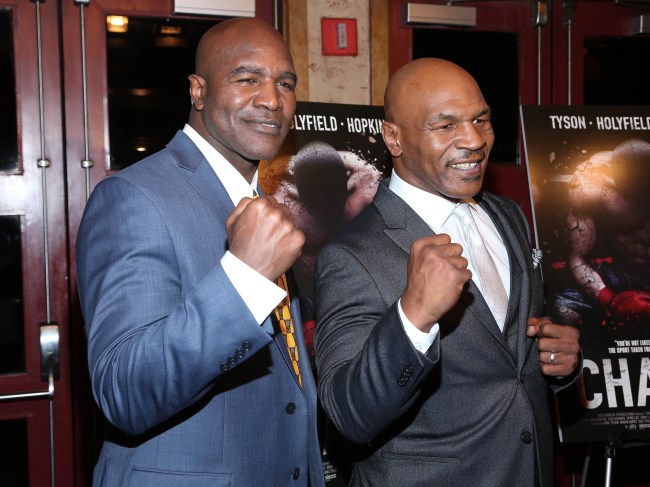 A trilogy fight between 57-year-old Evander Holyfield and 53-year-old Mike Tyson is currently in the works.

In recent weeks both Tyson and Holyfield have uploaded training videos on social media to tease potential comebacks.

My 1st week back in the gym and I feel great I'm looking forward to stepping up my training sessions and intensity as I prepare for my fight.

On Friday, Holyfield went on “the 3-point conversion” show and confirmed his team and Tyson’s team are currently talking about a third fight.

“His people have been talking to my people, and we haven’t yet got a solid deal together, but it’s coming that way. If it happens, then that’s no problem,”

“They must be coming together to do this like this. But the fact of the matter is, I didn’t mind if we do something like this.”

Holyfield is currently pushing for the fight because he wants to show that he and Mike can still fight while also giving back to charity.

“It’s not about who can beat who, but to show people we were some of the greatest fighters in our era and we’ve come together as men to do something for others.

“I don’t have anything against Mike personally, the thing is I think it would be good for the sport and even though boxing is a rough sport, we can show people we can come together.

“And if the money is right, too, then let’s get it on.

“I know he’s getting offers from all types of people. Since we have both announced a comeback, a fight between me and Mike would definitely be the fight people want to see.”

Tyson hasn’t publicly commented on Holyfield’s comments but has made it known that he wants to come back and fight for charity in recent interviews.