Mike Tyson Is Opening A Giant Marijuana Farm In California 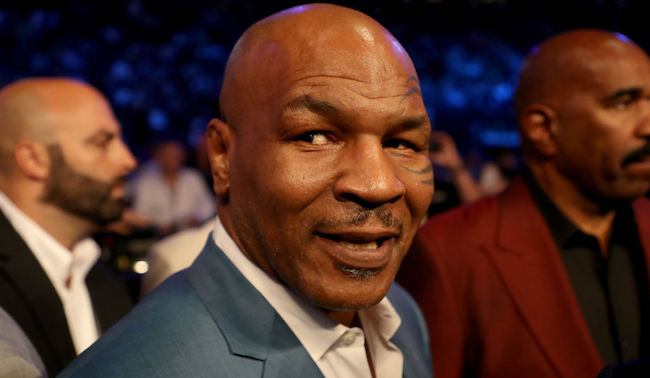 In 2016, the seven people in the state of California who didn’t already have a medical card rejoiced after voters decided it was high time to legalize recreational marijuana. This Monday marked the first day that you could buy weed in the state without having to pay a sketchy doctor $75 to get diagnosed with “chronic pain,” and people celebrated accordingly.

It’s no secret that there’s a ton of money to be made in marijuana, and as weed becomes increasingly mainstream, it’s only natural that more and more people are trying to enter the industry in the hopes of striking it rich. Plenty of celebrities have already launched their own weed-related endeavors, and there’s now a new name joining their ranks: Mike Tyson.

Tyson recently broke ground on Tyson Ranch, a 40-acre farm in California City. Half of the land will be reserved for the growth and cultivation of the plant, but the ranch will also have a school devoted to helping farmers develop their own unique strains in addition to a campground, a supply store, and a factory devoted to the production of edibles.

While Tyson is best known for beating the ever-loving shit out of almost every opponent to step into the ring against him, even the best boxers are on the receiving end of a fair share of abuse over the course of their career. Those blows add up over time, and you’re not going to find many fighters who don’t feel the ill effects of those punches long after they’ve hung up their gloves.

As a result, Tyson has been a proponent of medical marijuana, and the endeavor will also focus on conducting research into the clinical benefits of weed. It’s unclear when the ranch will actually open, but there’s no doubt plenty of people will make the pilgrimage once it does.