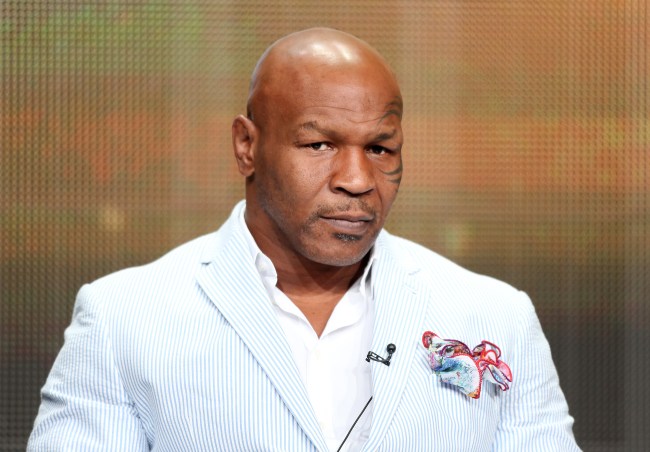 It appears that Mike Tyson isn’t going to hold back when he fights Roy Jones Jr. next month.

During a pre-fight press conference to promote the November 28th PPV fight set to air on Triller, Tyson wanted to assure the public that his fight against Roy Jones was going to be as real as it gets.

Jones is also treating this fight like a real fight considering Tyson once nearly knocked out Corey Sanders in the first round during an exhibition.

Later in the press conference Tyson was again annoyed that people thought his upcoming matchup against Jones wasn’t going to be a “real fight.”

An annoyed Mike Tyson again insists this is going to be a "real fight" and that he's not going to hold back vs Roy Jones (via @triller) pic.twitter.com/4MZDLEBXxU

No one I know thinks that, no one that supports me believes that”

The fight between Jones and Tyson is set to take place at the Staples Center on November 28th without fans and will be aired on PPV for $49.99 on TysononTriller.com