Mike Tyson Is Reportedly Getting Paid $10 Million For Fight Against Roy Jones Jr. 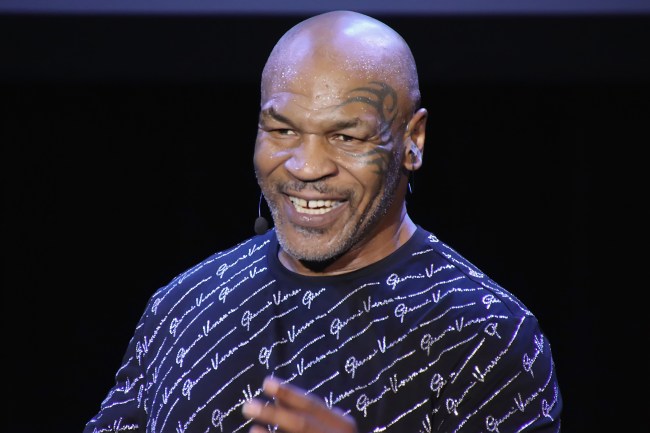 Mike Tyson has spent months hyping up his return to the boxing ring, and he’s going to get paid extremely well for his efforts.

The 54-year-old boxer will reportedly earn $10 million for his exhibition fight against 51-year-old Roy Jones Jr. on Saturday night, according to Yahoo Sports’ reporter Kevin Iole.

Hearing that Tyson will make $10 million and Roy Jones +/- $3 million for their exhibition Saturday.

According to boxing insider Dan Rafael, Jones’ guarantee is $1 million to step in the ring with Tyson and could possibly earn more if the PPV sells well.

Roy told me in a interview a few days ago his guarantee is $1 million. https://t.co/QZaaCm8uLV

Not a bad payday for what is going to be an exhibition match where there will be no official winner declared.

— Eight, two-minute rounds
— 12oz gloves instead of 10oz
— No Knockouts
— Fight is stopped if there's a cut
— There is no official winner

Even still, each fighter will make ~$10-$20 million.pic.twitter.com/MWPtYCT8DV

Tyson vs Roy Jones Jr. will start at 9pm and will be available on TysononTriller.com for $49.99